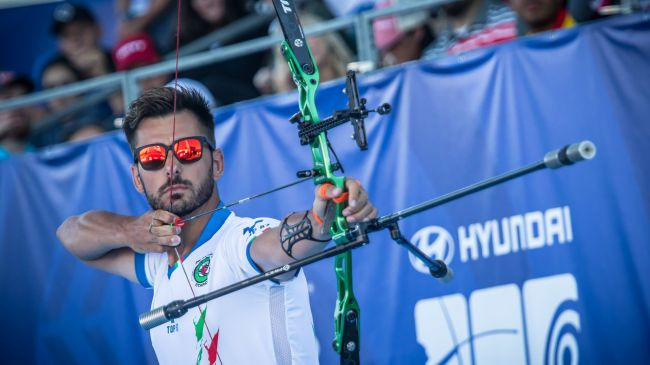 Nespoli, the 12th seed, beat Dutchman Steve Wijler 6-2 at the Easton Salt Lake Archery Center to ensure he topped the podium at a World Cup for the first time.

The triumph for the Italian also guaranteed his place at the season-ending Archery World Cup final in Samsun in Turkey in September.

"I'm very excited because I'm working a lot to increase my results in individual competitions and this is the first medal at the World Cup and I'm very happy," said Nespoli.

"I didn't shoot very well during the qualification round but I was very focused in this match."

Deepika Kumari of India also qualified for the World Cup final after she sealed the gold medal in the women's individual recurve competition.

Kumari ousted Michelle Kroppen of Germany 7-3 to clinch the title in the American city.

The Indian archer will travel to Samsun for her seventh appearance in the World Cup final hoping to end her wait for gold as she has won four silver medals at the event during her career.

Wijler did taste success on the final day in Salt Lake City as he partnered Sjef van den Berg and Jan van Tongeren to the men's recurve team crown as the Dutch trio defeated China 5-1.

The bronze medal was claimed by Malaysia after they edged Italy in a shoot-off.