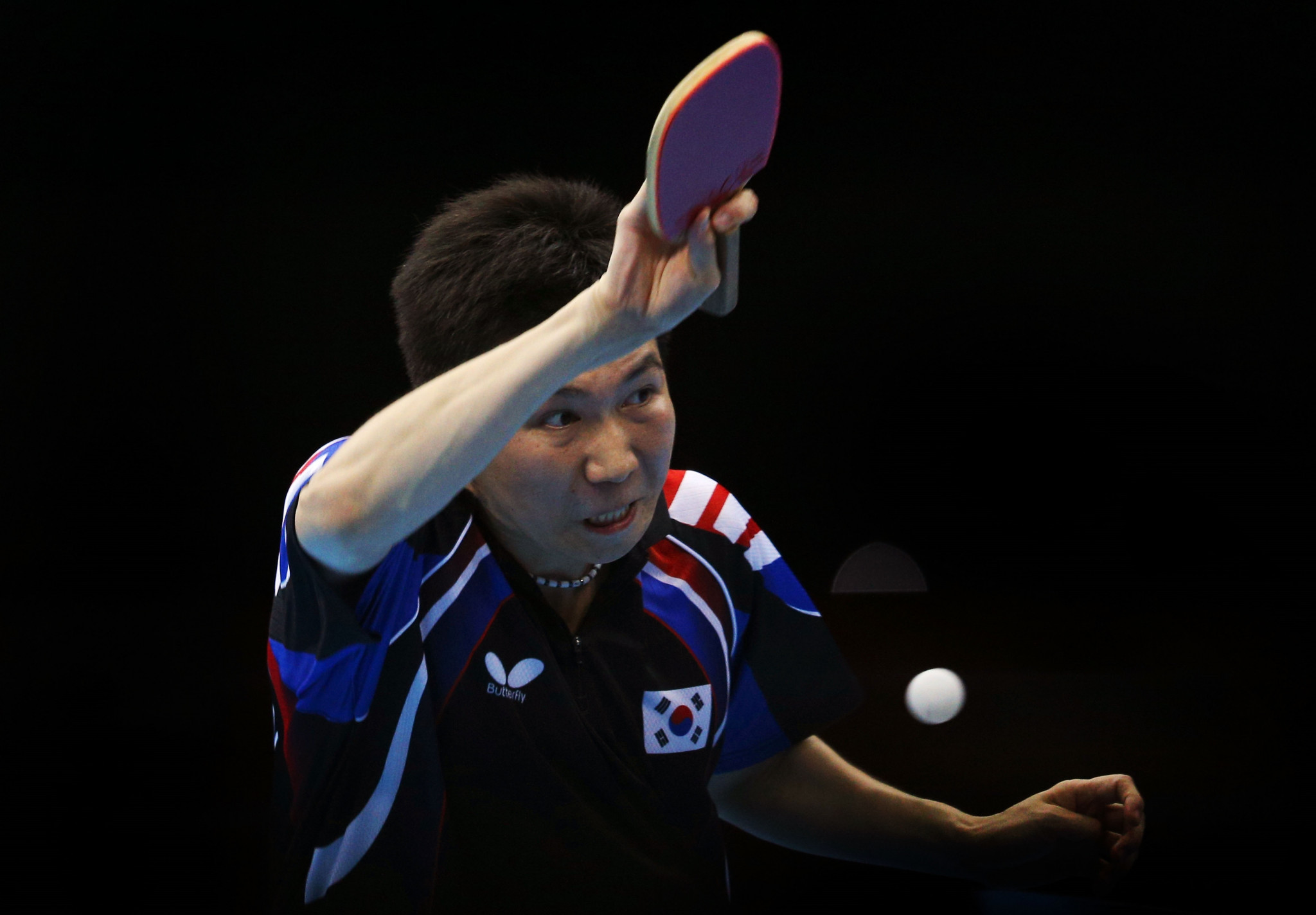 The match took place to highlight the power of sport as a vehicle for peace, it was claimed, following a significant easing of tensions between North and South Korea in recent months that has seen the North's leader Kim Jong-un meet the South's President Moon Jae-in on more than one occasion.

Ryu said he was "pleased" to participate in a friendly match with North Korea.

"I am pleased to be taking part in this event as a player, and this is a significant event," Ryu, an International Olympic Committee (IOC) member, was reported as saying by Yonhap News Agency.

"I'll do the best I can to help bring the four countries together through table tennis, and to promote the value of sports."

The match featured mixed doubles contests but placed athletes from different nations on the same team, instead of pitting one country against another.

Japan’s duo was made up of Ai Fukuhara, a two-time Olympic medallist in the women’s team event, and 14-year-old Tomokazu Harimoto, the youngest-ever winner of an International Table Tennis Federation World Tour men's singles title.

After showing off their skills, the athletes presented IOC President Thomas Bach with a table tennis racket signed by all the players with the dedication: "Thank you IOC for paving the way through sport to the peace process on the Korean peninsula, the region and the world."

The racket will be donated to the Olympic Museum.

"By playing in mixed teams, the athletes show us the unique ability of sport to build bridges," Bach said.

"With these table tennis exhibition matches to celebrate Olympic Day, we can all experience the unifying power of sport and our contribution to making the world a better place through sport."

Olympic Day is an annual, global celebration that takes place on June 23.

This year marks its 70th anniversary.

"Olympic Day is an occasion to remind ourselves of the spirit of Olympism," Bach added.

"There is a special significance for this year's celebration because it is an Olympic year.

"Only four months ago, the Olympic Winter Games Pyeongchang 2018 reminded us that sport has the power to change the world.

There was a historic moment at the recent World Team Table Tennis Championships in Swedish city Halmstad, where the two Koreas refused to play against each other in the quarter-finals, instead forming a joint Korean team for the semi-final.

A joint Korean ice hockey team was also formed at the 2018 Winter Olympic Games in Pyeongchang, a move which Bach claimed was, "a great step forward in the Olympic spirit and in the spirit of the Olympic Truce Resolution".