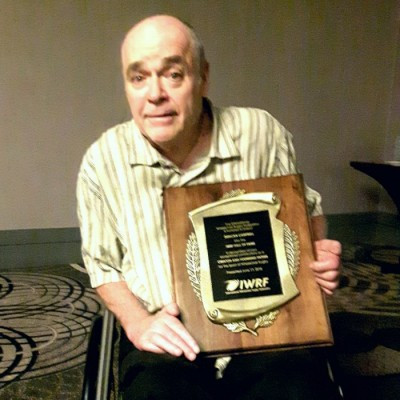 Duncan Campbell has become the first person to be inducted into the International Wheelchair Rugby Federation's (IWRF) Hall of Fame.

Known as the "Quad Father", the Canadian was one of the original creators of the sport in 1976 and remains active today.

He developed the basic rules and regulations of the game as a young athlete in Winnipeg and designed the sport so quadriplegics, and others with high level disabilities, would have a sport that they could call their own.

In 1977, he introduced wheelchair rugby to a multi-sport event in Edmonton and convinced a number of provinces to put teams together.

The first National Championship was held in 1979 in Canada and teams soon began to form in the United States and further afield.

An inaugural international tournement was held at the University of North Dakota in 1982 and the sport gained acceptance to the Paralympic Games from Sydney 2000.

Campbell has remained involved as a player, coach, recuriter and organiser and is a director of the IWRF.

He helped to organise the 2010 World Championship in Vancouver.

"It is a huge honour to be the first person inducted into the IWRF Hall of Fame," he said.

"I am so very proud of how far this Canadian made game has come from its humble beginnings in 1977.

"The players now are truly athletes who train hard, compete hard, and yet maintain the rugby social community off the court.

"It has been fantastic to experience this development from the start until now."