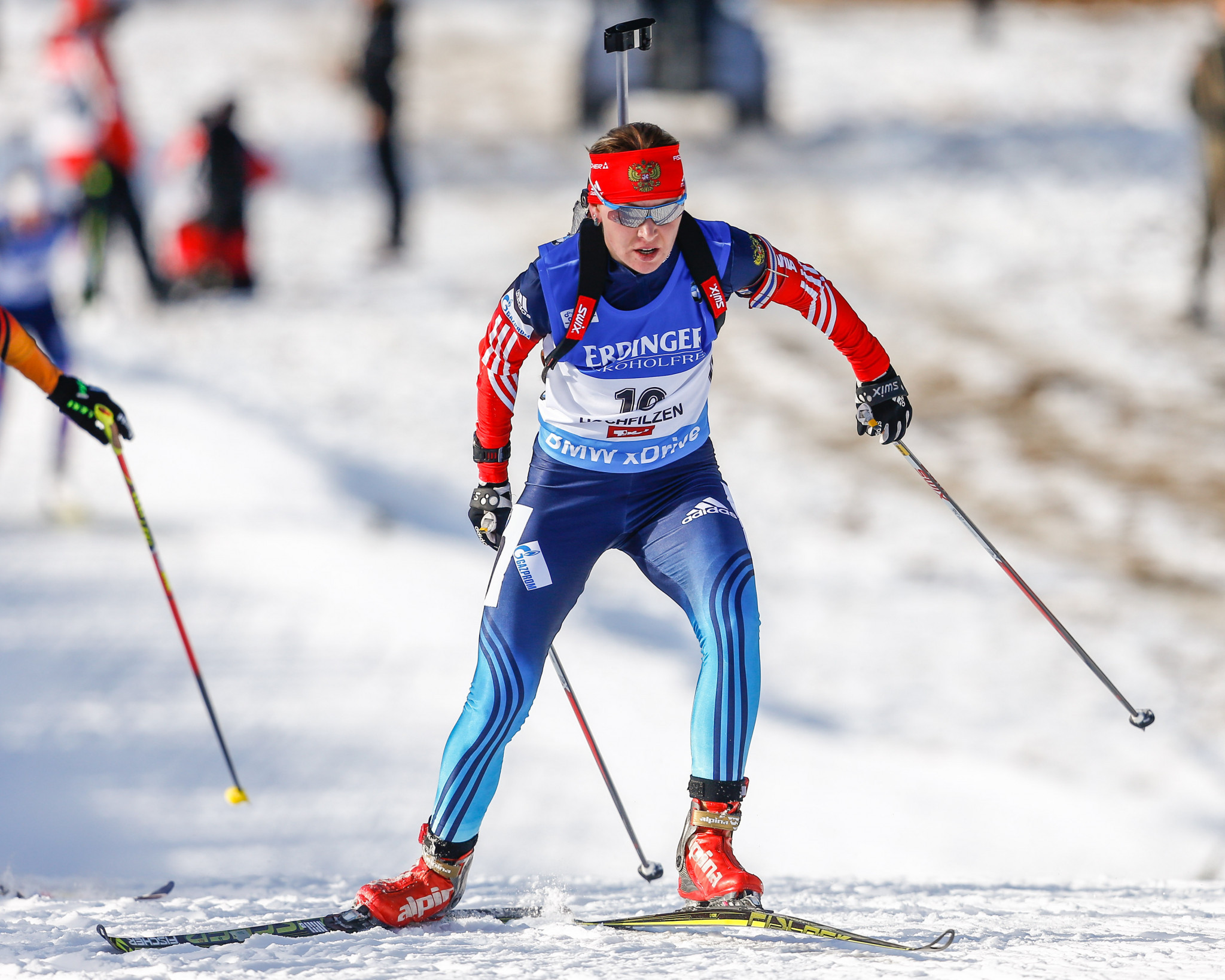 Russian Ekaterina Glazyrina has withdrawn her appeal against her two year ban from the sport, the International Biathlon Union (IBU) has said.

The 31-year-old was contesting the sanction at the Court of Arbitration for Sport (CAS) but the IBU said she had ended the process.

This has led to a termination order by the President of the CAS Appeals Arbitration Division.

Glazyrina's case was highly interesting as the IBU acted against her based on evidence in the McLaren Report, backed-up by the Moscow Laboratory Information Management System database obtained by the World Anti-Doping Agency (WADA).

They are the only winter International Federation to have prosecuted an athlete based on the McLaren Report, which uncovered widespread Russian doping abuses, and evidence brought by WADA.

This means the case could therefore act as a precedent for others brought by world governing bodies and perhaps give them confidence that they will be able to bring about successful prosecutions.

She was given a two-year ban backdated to when she was provisionally suspended in February 2017 and stripped of all results since 2013.

It came after the Evidence Disclosure Package published alongside the McLaren Report in December 2016 suggested she failed tests for banned steroids oxadrolone, trenbolone and metenolone - the substances found in the "Duchess cocktail" said to be used by Russians.

Glazyrina then competed at her home Sochi 2014 Olympics.

E-mails between ex-Moscow Laboratory director Grigory Rodchenkov and Alexei Velikodny, an official from Russia's state Sports Training Center, were included in the Report.

The IBU have claimed the latest development proves that their anti-doping programme is working.

"This shows that our anti-doping programme is working effectively.

"It also proves the efficiency of the IBU Independent Working Group, which investigated voluminous data from the McLaren Reports and the information from the Laboratory Information Management System database revealed by the World Anti-Doping Agency."

The news comes amid a period of turmoil for the IBU.

Former President Anders Besseberg and former secretary general Nicole Resch are suspected of accepting bribes amounting to $300,000 (£211,000/€243,000) and other benefits in return for a favourable stance towards Russia - but deny wrongdoing.

This followed the opening of probes across Europe earlier this year into possible doping, fraud and corruption involving Russian athletes and the raiding of the IBU's Salzburg headquarters based on a tip-off by WADA.