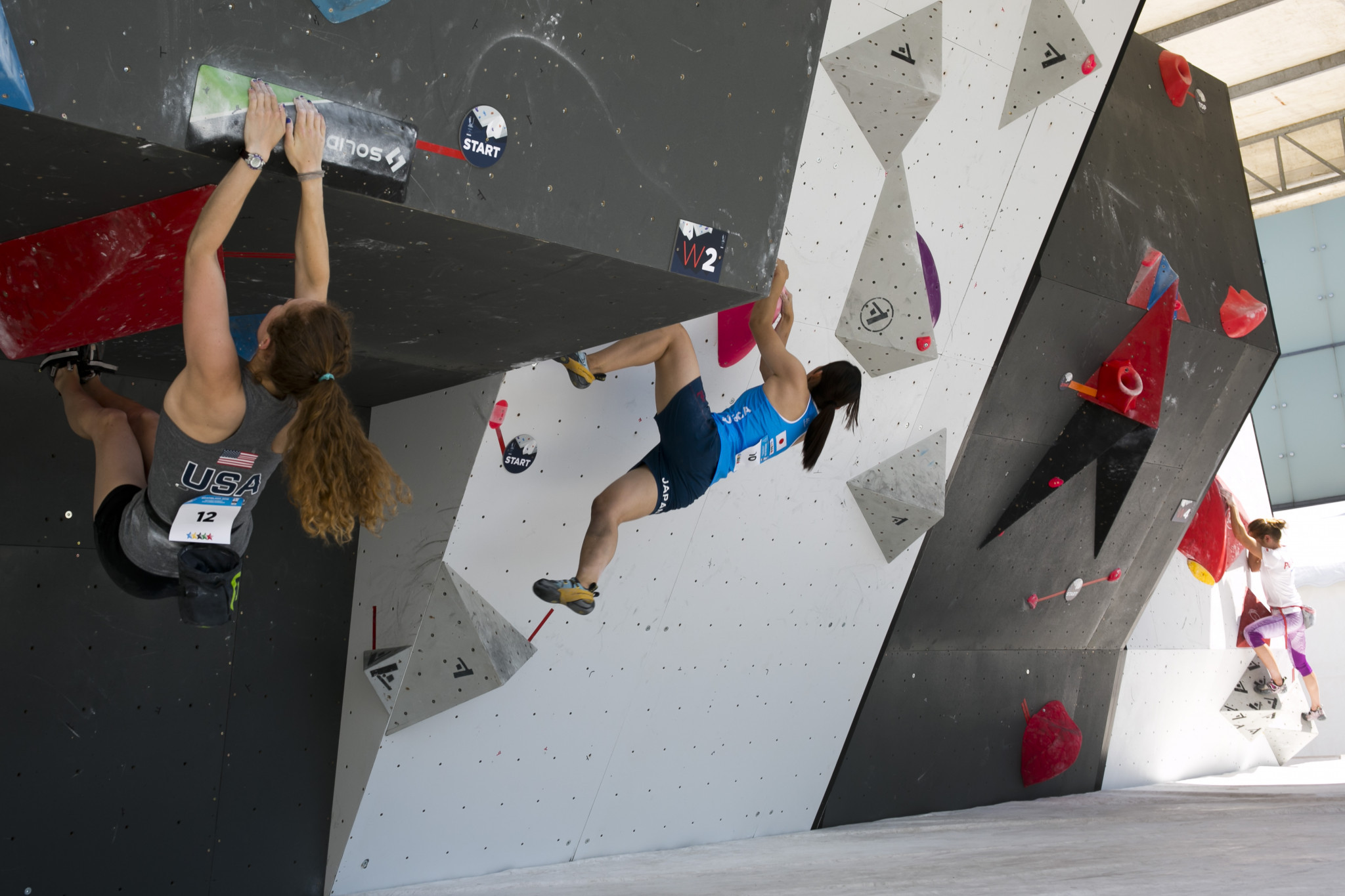 Women's qualification at the Eurovea Gallery was dominated by the French.

The next climbers to qualify were Japan's Serika Okawachi, France's Fanny Gibert, and Megan Lynch from the United States.

They all had to manage five different runs, with the results then scored and counted together.

There was no-one who managed to conquer the second run, though the closest to the top was Kotake.

"The crucial thing was to keep your hands dry," she said.

"It was very hard today because of hot weather.

"I used a liquid powder and that helped me a lot."

Agrapart gave her thoughts as well.

"It was demanding today, fortunately a refreshing wind blew a bit," she said.

"It was a very interesting wall.

"Not so hard but complicated."

The first placed climber in the men’s event managed to finish all five runs.

"I think that first and third run wasn’t so problematic, but the second and fourth wasn’t easy at all," Japan’s Kaito Watanabe said.

"If I want to succeed in the finals, I need to get all five tops."

Asked why the Japanese make such good climbers, Watanabe’s compatriot Yuji Fujiwaki claimed it is because they have "the heart of Samurai".

He finished the day in 21st place.

Tomorrow the competition is due to continue with the bouldering final.