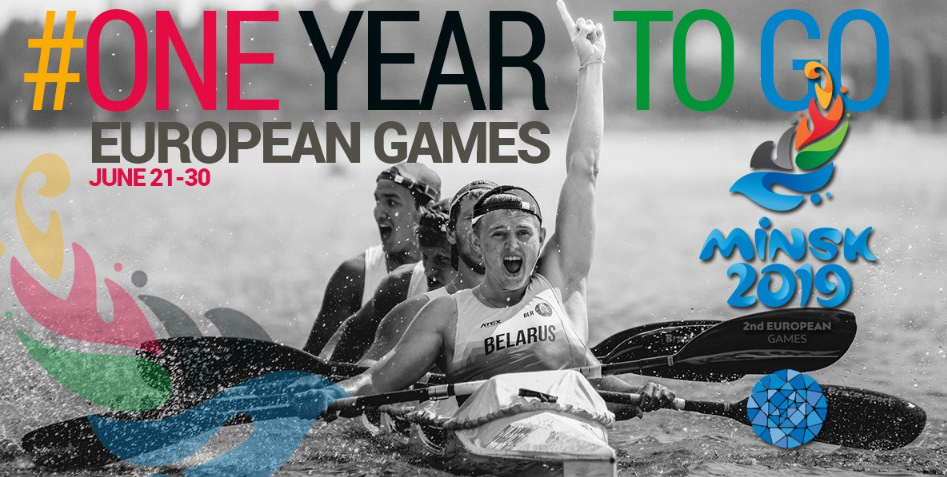 Organisers of the second edition of the European Games in Minsk admit there is still a lot to do to publicise next year's event and have vowed to work along sporting and national associations to widen their appeal.

Speaking with exactly one year to go until the Opening Ceremony on June 21, Minsk 2019 chief executive George Katulin also expressed hope that the event can "build bridges" and introduce Belarus to the wider world.

The Belarus capital is following the path set by inaugural hosts Baku and, like the Azerbaijani city, the event faces challenges over relevance and human rights concerns in the host nation.

"We have heavily promoted the European Games at the national level and both the awareness and the enthusiasm about the event in Belarus are quite high," Katulin told insidethegames.

"We have been expanding our communication efforts more globally recently but know there is still a lot to do.

"We will hold a seminar for National Olympic Committees (NOCs), communications managers, press attachés and international sport journalists next month, alongside our meeting with the Chefs de Mission.

"We will work closely with the NOCs, and also the European Federations of the 15 Olympic and non-Olympic sports on our programme to help us spread the word about the European Games in Minsk next year."

One year to go! 365 days from today, over 4,000 of the best athletes from all 50 European National Olympic Committees will gather in Minsk, Belarus, for the start of the second edition of Europe’s premier multi-sport event @EOCEuroGames !
?https://t.co/lp173QIKDB#oneyeartogo pic.twitter.com/q8fZ7ZVVcE

The only European country that ranks lower is Turkey.

"We are looking forward to welcoming athletes, officials, spectators, fans and media from many different countries to Belarus next year," added Katulin.

"The European Games will offer an important opportunity to introduce Belarus, its rich culture and strong sporting traditions to many people who may have never have come to Minsk before.

"That is the beauty of sport - it enables the building of bridges between people.

"The Minsk 2019 Host City Contract ensures media freedom during Games’ time for the over 1,000 accredited journalists for the European Games.

"We will work hard to make sure they have the best possible working conditions, fully in line with international standards."

Katulin claimed that organisers are happy with progress elsewhere.

A five-tier sponsorship structure is in place, with more partners expected to be unveiled soon, and almost all venues already completed and renovated.

The beach soccer venue is the only exception, but should be ready in August.

"I am confident to say that the European Games in Minsk will prove that continental Games can be organised in a cost-efficient, sustainable way, without requiring many years of preparations," Katulin said.

"Of course, you need a number of well-functioning, existing facilities to start with - and we are indeed lucky to have them in Minsk.

"It is my hope that our event will not only leave a lasting legacy for our people, but also to the Olympic Movement in Europe."

Another challenge for the European Games is the rival European Championships concept taking place in Glasgow and Berlin this August.