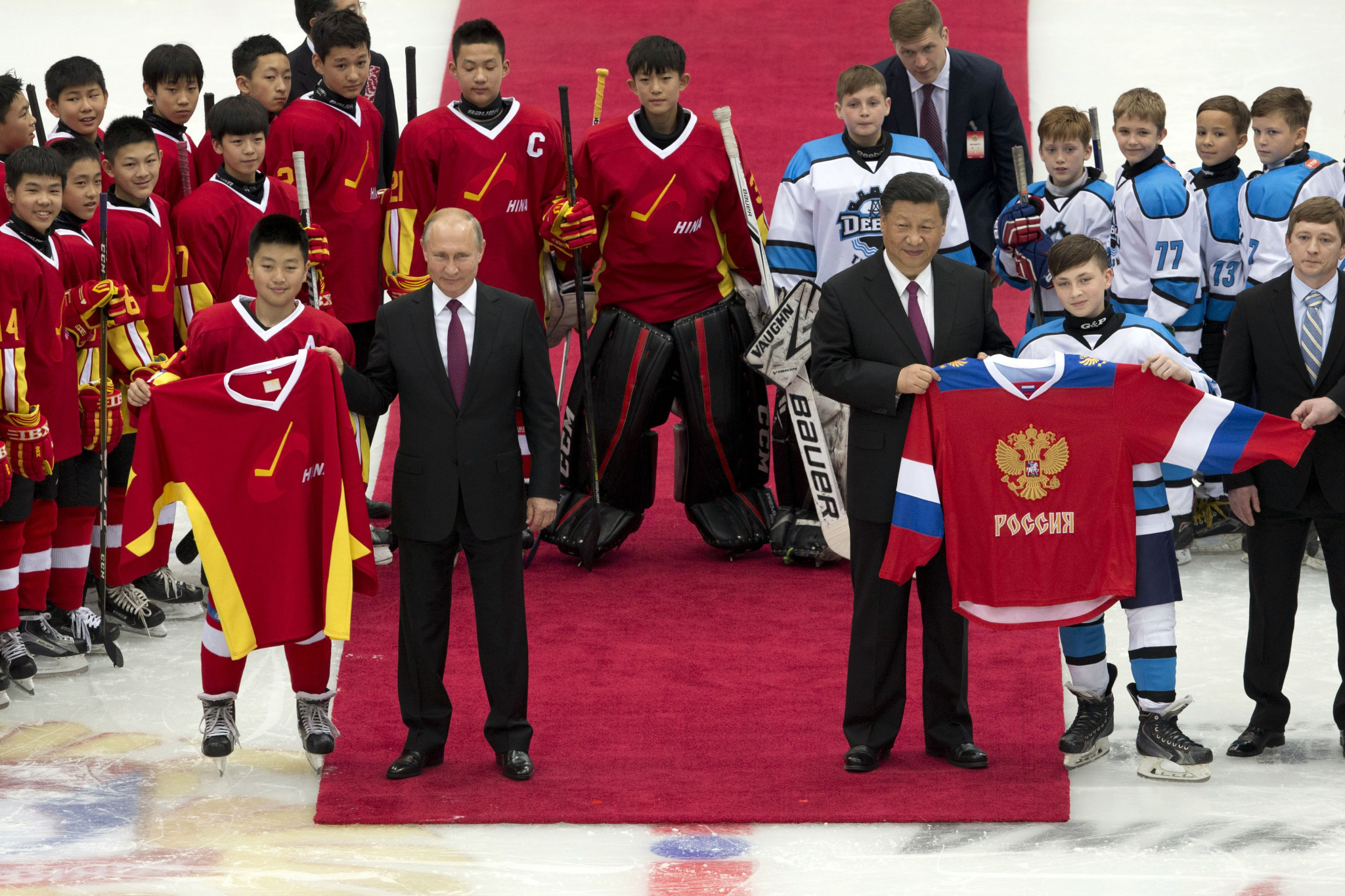 Russian President Vladimir Putin has expressed his confidence that ice hockey can develop fast in China as the country prepares to host the 2022 Winter Olympic Games in Beijing.

Putin and Chinese counterpart Xi Jinping were among the 7,000-plus spectators that attended a recent youth team ice hockey match between China and Russia at the Tianjin Stadium, about 115 kilometres from Beijing.

With Beijing 2022 in mind, China has made plans to promote ice sports in the country and according to CGTN, cooperation between China and Russia in this regard is expected to be enhanced.

Putin, who carried out a three-day State visit to China at the invitation of Xi, believes the outlook for ice hockey in the country is good.

"President Putin asked me my opinion on China's ice hockey," a player on the Chinese team was reported as saying by CGTN.

"I said it is developing fast.

"He agreed that China is a fast learner."

The event was seen as an opportunity for China and Russia to showcase their friendship.

"This is really an inspiring event for the sport of ice hockey, a great support for the sport's development, its spreading popularity among young people, and our preparation for the Winter Olympic Games," Xu Chengxiao, the secretary general of the Chinese Ice Hockey Association, was reported as saying by CGTN.

The International Ice Hockey Federation (IIHF) recently took the decision to allow China to enter a men’s and a women’s team at Beijing 2022.

Like in the case of South Korea for Pyeongchang 2018, China, as the hosts, will not have to go through the qualification process and will receive an automatic entry.

Since being awarded the 2022 Olympics, promising changes have been made in China.

The ice hockey programme has gone through restructuring with a governing body that is separate from the ice sports centre and is now headed by Cao Weidong.

China has also reached out for support both to players of Chinese origin abroad and other organisations.