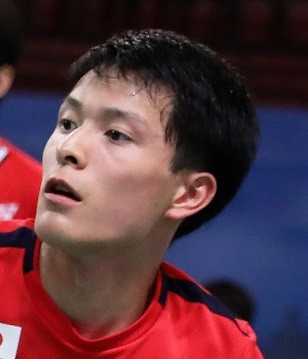 The men's singles has begun at the 2018 Badminton World Federation (BWF) Yonex Canada Open in Calgary.

The day started with qualifying competition, with five Canadian's eventually making it through to the main event at the Markin MacPhail Centre.

An all Canadian match up saw Joshua Hurlburt-Yu enter the main event after beating Jonathan Akin-Mulrooney in two games.

The other Canadians to make it through were Guoxing Huang, Imran Wadia and Mathieu Morineau, while Kevin Barkman was promoted to the main draw without playing a match in qualifying.

He went on to lose his first round match.

Elsewhere in the main event first round of this BWF Super 300 tournament, the stand out result of the day saw another qualifier, Japan's Takuma Obayashi beat Canadian Xiaodong Sheng over three games.

The smart money would have been on Sheng to take the win in the third, but an impressive display from Obayashi saw him take the game by 24-22 to seal the win.

He is now due to play fellow qualifier, Canadian Imran Wadia, in round two.

The women's draw is also set to start tomorrow.

Li, the 2014 Commonwealth Games champion, will hope to better her performance from last year where she lost in the first round.