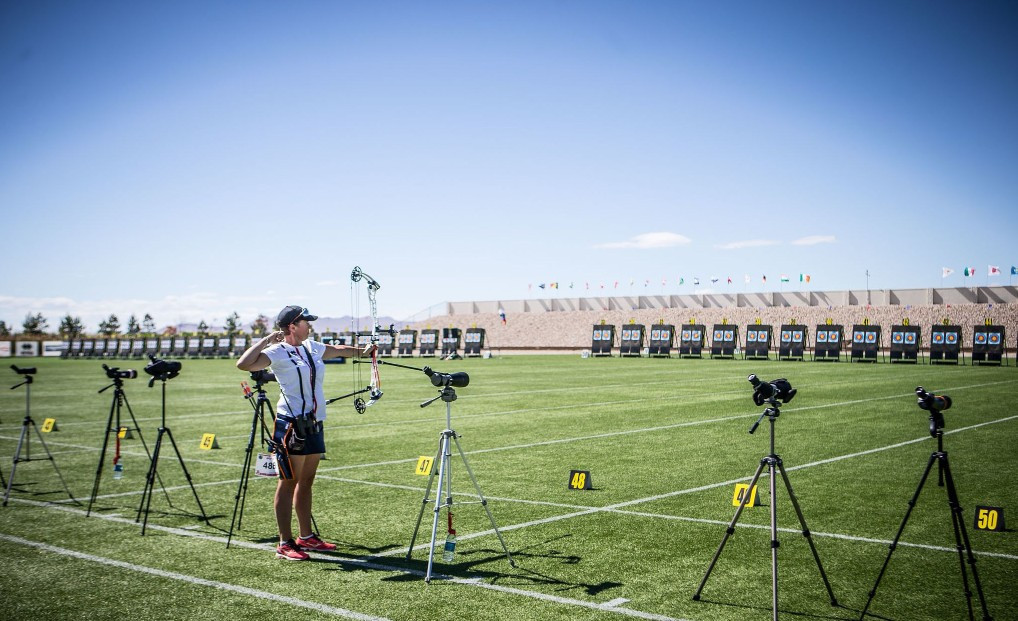 A strong breeze throughout the day made it difficult for the archers, with average scores coming in 40 points lower than at other World Cup events.

Hansen finished the day at the Easton Salt Lake Archery Center, with 693 points, while the American Kris Schaff topped the rankings with 699.

Elsewhere, it was a very successful day for Colombia in the compound events.

Sara Lopez finished top of the women's individual qualifying with a score of 697 points, meaning she will be seeded first and has a bye to the second round in the main competition.

To top that the Colombians also finished first in qualifying for the women's team event and mixed team event this afternoon, with 1976 and 1377 points respectively.

It was not a bad day for the home nation either.

Behind Schaff in first place in the men's compound was another American, Red Wilde.

They also took first in qualifying for the team event, beating France with 2084 points in comparison to the French team's 2050.

In the recurve events, Malaysia dominated the men's qualifying, with Khairul Anuar Mohamad topping the individual standings to take the top seed, while the Malaysian team also finished first in the team event qualifying.

The women's qualifying was more open, however.

She later said she was "surprised" to have done so well.

"I thought that the Asian archers would do better – but they also have bad conditions," she said.

"My start was bad but after that I got my feeling back and I was fighting against the wind."

The final result to note from today was the recurve mixed team qualifying, which Chinese Taipei also topped.

All of today's winners will be seeded first in the main competitions, due to start tomorrow with the men's compound round one.

The archers will no doubt be hoping for lighter winds so they can perform at their best.