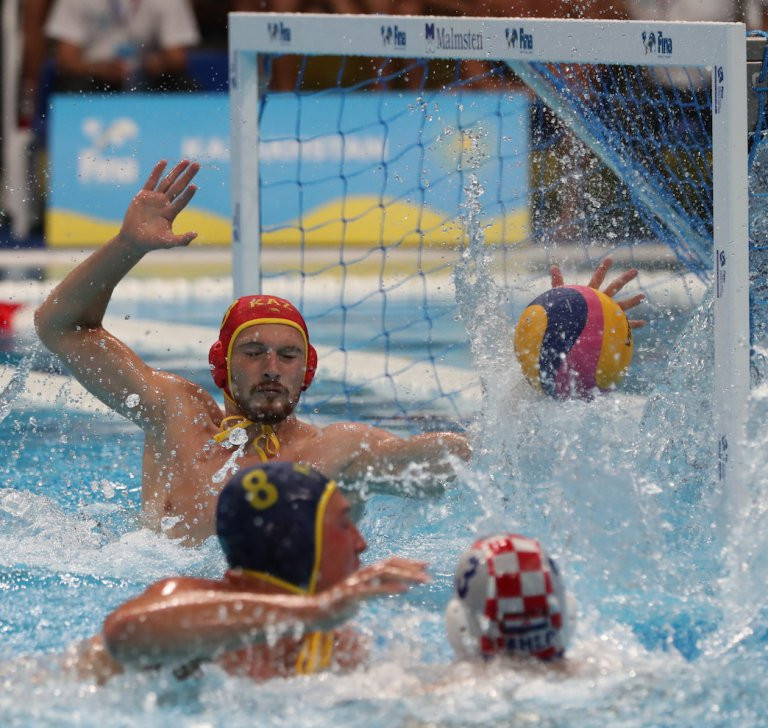 The match ended 15-5, with the favourites adding five goals in quick succession towards the end on what was day one of the competition.

The Croatians did not come under threat at any point in the match, winning all four quarters.

Their number three Loren Fatovic scored the most with five goals, while Ukumanov Rustam got the most for Kazakhstan, scoring twice.

Croatia's Group B game was the first of the day, with Montenegro versus Japan in Group A on second.

That match was closer, with the score 7-5 to Montenegro at half time, but Japan were never able to truly threaten their opponents, meaning Montenegro led from start to finish and eventually took the win 14-8, as was expected.

A surprise result did arise though when the United States beat Spain in the third match of the day in Group B.

The Spaniards started the better and were leading 4-2 at one stage, but they then failed to score for almost 13 minutes and the Americans were able to capitalise,

Spain did manage two more goals before the end of the game but it proved too little too late, with the USA taking the win 8-6.

The final game of the day saw the Hungarians line up without an Olympic champion in their team for the first time since 2008.

The lack of experience clearly did not bother them however, as by the end of the Group A match they led 8-2 against Australia, comfortably winning the contest.

The tournament will continue tomorrow with Australia versus Japan and Montenegro versus Hungary in Group A, while in Group B Croatia will face Spain and the US will look to build on today's win against Kazakhstan.