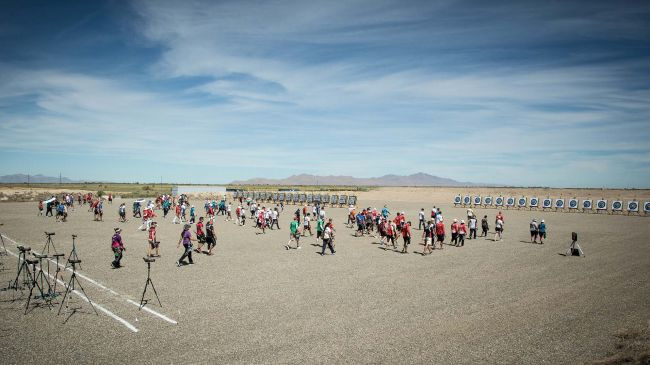 Men's compound world number one Stephan Hansen will be among those looking for success when the third stage of the Hyundai Archery World Cup season begins in Salt Lake City tomorrow.

There will be a number of high profile absences across the competitions in the American city.

The South Korean team usually miss one stage of the tour each year and in 2018 they have chosen to miss the event at the Easton Salt Lake Archery Center, meaning neither Im Dong Hyun nor Chang Hye Jin will defend their respective men's recurve and women's recurve titles.

The two compound winners from last year, Dutchman Mike Schloesser and Spaniard Andrea Marcos, also will not compete this time around.

A new rule has been introduced this year meaning the winners of each World Cup stage are automatically entered into the World Cup Final.

As a result by the end of competition in Salt Lake City on June 24, at least three new names will be added to the start list for the Final in Samsun in Turkey.

American Brady Ellison, the current world number three in recurve, will be looking to take advantage on home soil.

Denmark's Hansen, who won gold and silver medals at the last two World Championships, will be looking to book his place in the World Cup final for only the second time.

His first and only appearance so far saw him finish second in Rome in last year.

Other men looking to capitalise in Salt Lake City compound competition include another American in Braden Gellenthien while Schloesser's countryman Sjef Van Den Berg will be one to watch in recurve.

Taiwanese archer Tan-ya Ting and Mexican Linda Ochoa-Anderson will be hoping to win on the women's side in recurve and compound respectively.

The event begins omorrow with qualification fixtures, before the early round individual matches and mixed team eliminations start on Wednesday (June 20).