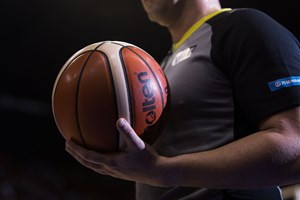 The Central Board of the International Basketball Federation (FIBA) has signed off on changes being made to the sport's official rules, which it hopes will help make the game more spectacular, free-flowing and fluid.

Among the biggest and most important changes are those to related to articles on technical fouls, the 24 second clock, double fouls, fighting and instant replay reviews.

There is also an amendment to the rule for throw-ins after an unsportsmanlike or disqualifying foul.

The changes come after FIBA's Rules Advisory Group (RAG) - which consists of experts from FIBA, the National Basketball Association (NBA) and the National Collegiate Athletic Association (NCAA) - analysed 32 proposals and made recommendations to FIBA's Technical Commission at its meeting on June 6 and 7.

A workshop focused on analysis of the rules, differences between the NBA, NCAA and FIBA rules and new proposals for FIBA rules changes.

As a part of the workshop, the RAG visited the NBA Replay Center to familiarise its members with the NBA instant replay review protocol and to discuss the NBA and FIBA instant replay rules application in detail.

RAG held extensive talks and consultations with FIBA, the NBA and NCAA as well as the FIBA Players' Commission and the World Association of Basketball Coaches in the build-up to the meeting.

FIBA's Technical Commission reviewed all 32 proposals and approved 14 of them, paving the way for the Central Board to give the final green light.

They can be viewed in full by clicking here.

The Central Board has also approved the finalised version of the FIBA women's national team competitions system that will come into effect in November 2019.

The new system sets out the road to the FIBA Women’s Basketball World Cup, the women's Olympic basketball tournament and the FIBA Women's Continental Cups over a four-year cycle, starting with the period from 2019 to 2022.

The Central Board firmly believes the new system is a major step forward and presents a great opportunity to get the most out of the un-tapped potential in the women's game.

A new competition system was launched for men in November 2017 with the start of the FIBA Basketball World Cup 2019 Qualifiers.

It is hoped the system specially devised for the women will make it possible to a establish a clear road to the FIBA Women's Basketball World Cup, during which teams will earn their places for the showpiece event by way of qualifiers, instead of through the FIBA Women's Continental Cups.

Among the other aims is enabling Continental Cups to be the ultimate stand-alone tournaments where regional champions are crowned and clarifying the qualifying process for all other women's competitions, with a separation of events' qualifiers.

Also being strived for is enhancing the exposure of women's basketball with more regular national team activity in all regions throughout the year, and increasing inclusion and competitiveness as more teams and players participate in each region's qualification phase.

The FIBA Women's Continental Cups will have their own qualification process as of November 2020.