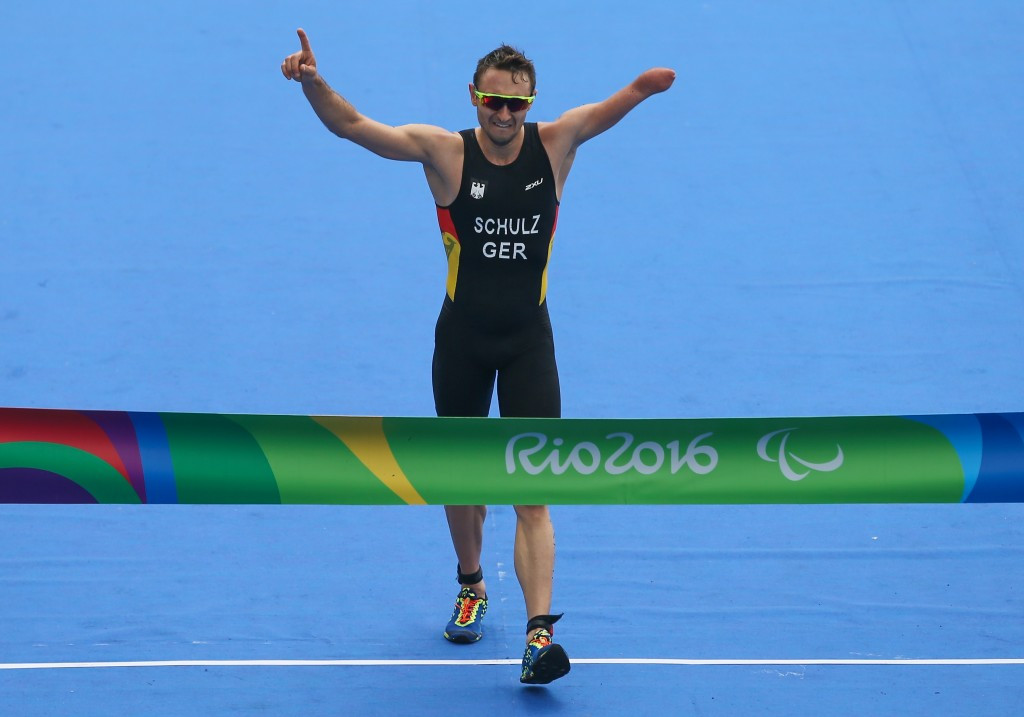 The 28-year-old was in good form going into the race in the PTS5 catagory, having won last month's World Cup event in Eton Dorney.

However, despite his recent good performance, prior to today's race Schulz himself said he did not know what to expect having only recently suffered an ankle injury.

"I don't know how this weekend's race will go, but I will do my best and this time I will be much more offensive than in Eton Dorney, especially on the bike and while running," he said.

Today's result left no doubt that his aggressive tactic paid off, as he dominated the 70-man field to finish in first place, almost four minutes in front of his closest rival.

Despite Schulz's dominance the home crowd still had something to cheer, with Frenchman Yannick Bourseaux claiming the silver medal in a time of one hour, five minutes and 42 seconds.

His time of 1:07.15 brought him over the line two-and-a-half minutes in front of another Frenchman, Antoine Besse in fourth.

The French did have a home winner in the women's PTS5 event.

Gwladys Lemoussu claimed the title in that event with a time of 1:16.54.

In the men's PTWC catagory, Australia's Bill Chaffey managed a fourth place finish, in what was his first race since claiming bronze at the Commonwealth Games on the Gold Coast.

His compatriot Lauren Parker finished first in the women's equivalent.

The men's PTS4 race was won by Oliver Dreier from Austria and Anna Plotnikova won the women's race.

In the PTVI catagory Lazar Filipovic won the men's event while another Frenchwoman, Annouck Curzillat, took the women's title.