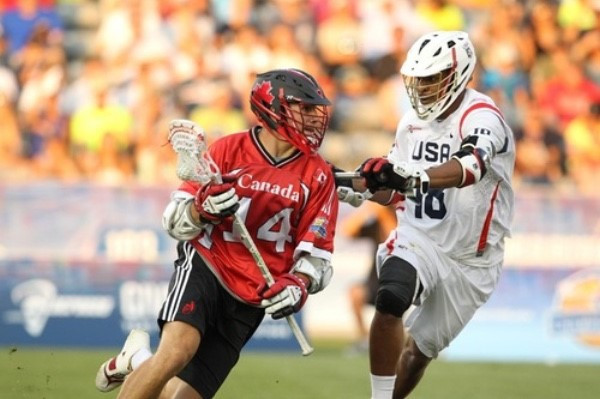 Defending champions Canada will play in the Men's Lacrosse World Championships this year, after a dispute between the players union and the Canadian Lacrosse Association (CLA) threatened to prevent their participation.

A conflict arose earlier this year after the National Lacrosse Team Player's Association (NLTPA) asked for better health insurance and for the CLA to be re-registered as a charity, so players could receive tax receipts for their expenses.

When no agreement was reached, the directors responsible for Canada's five national teams resigned and the NLTPA announced no players would compete for Canada at any tournament, until a compromise was found.

However, an agreement has now finally been reached with the help of the Federation of International Lacrosse (FIL), meaning Canada will now play in the World Championships in Israel from July 12 to 21 after all.

President of the CLA Joey Harris said: "The CLA is pleased to have reached an agreement with the NLTPA that will allow Canada to be represented by its best players in Israel.

"I would like to thank both groups for their extraordinary work over these past few months.

"We negotiated in good faith and in the spirit of compromise to make the necessary commitments to our national team players, while ensuring our organisation can continue to deliver on the other elements of our mandate and support our over 60,000 members."

Canada and the United States are the only two countries to have ever won the World Championships since the inaugural event in 1967.

Canada's participation is therefore crucial to maintaining the integrity of the event.

"This World Championship will be the most watched event in the history of the sport and we are pleased that all of our best athletes and teams will be present," said Sue Redfern, President of the FIL.

Fourty-six countries will compete in Netanya, with the Championships broadcast around the world on ESPN and online.

NLTPA representative Gary Gait said: "The players are very thankful to have reached an accord with the CLA that will allow them to represent Canada and defend their World Championship title won in Denver in 2014.

"Every athlete dreams of representing their country at the highest levels of competition in their sport and this agreement allows the players the opportunity to do just that."

The FIL World Championship is held every four years.