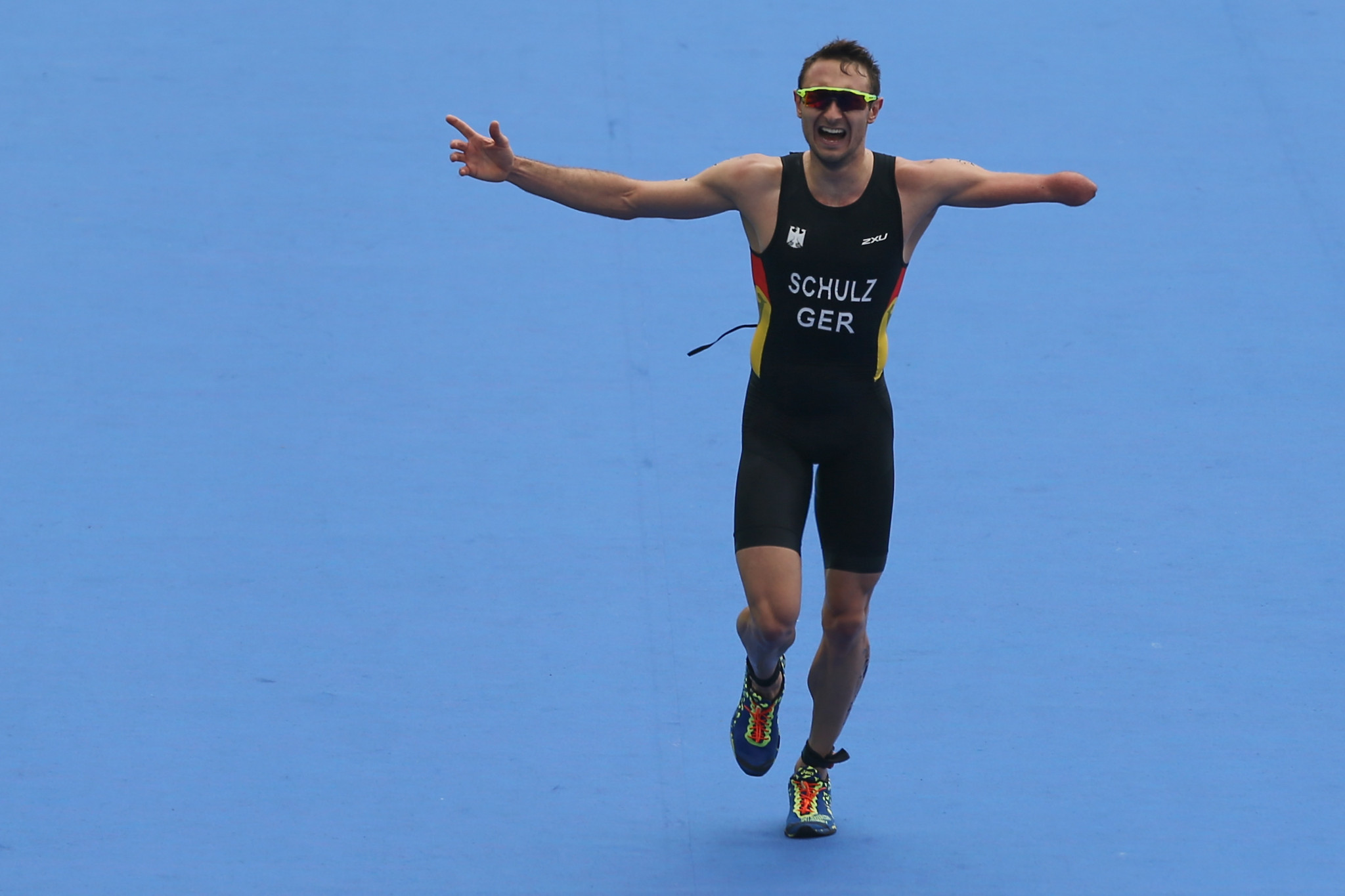 Germany’s Martin Schulz has revealed he is ready to go all-out attack when he competes in the men’s PTS5 category at the International Triathlon Union (ITU) Para-triathlon World Cup in Besancon in France tomorrow.

Victory at last month’s ITU Para-triathlon World Cup in Eton Dorney ensured it was a winning return to international competition for the 28-year-old after suffering an ankle problem in the weeks building up to the race.

Having been unable to follow his usual training regime due to his injury, Schulz has now returned to a hard block of training.

"I don't know how this weekend’s race will go, but I will do my best and this time I will be much more offensive than in Eton Dorney, especially on the bike and while running," he said.

Eton Dorney was only the third international event Schulz has competed in since winning Paralympic gold at Rio 2016, where triathlon made its Games debut.

Despite his winning return, Schulz said he was not at his best at the venue located in and around Dorney Lake in England.

"The race was okay," Schulz said.

"The weeks before Eton Dorney I could not train as I usually do and I was more likely to play it safe without risking anything.

"But only winning was important to me."

Schulz decided to take a break from competing internationally post-Rio 2016, but he is back and now fully focused on Tokyo 2020.

"After achieving everything, I needed new goals and I wanted to try other things which I put on hold ahead of Rio," he said.

"I wanted to do competitions that I always wanted to do, such as the Bundesliga (German league) races, local triathlons and I didn’t want to travel that much.

"But for that, a lot had to be clarified and I knew I needed some distance away from Para-triathlon to rest and re-focus."

Schulz faces competition from the French pair of Yannick Bourseaux and Yan Guanter, who will be hoping to give the home crowds plenty to cheer about in Besancon, while defending PTS5 champion Alexandr Ialchik of Russia will also be one to watch.

In the men’s PTWC class, Australia’s Bill Chaffey is due to compete for the first time since claiming the bronze medal at his home Commonwealth Games in Gold Coast in April.

The men’s PTS4 looks set to be highly competitive with 11 athletes, all from different nations, battling it out to secure World Cup victory.

World bronze medallist Gwladys Lemoussu is one of three French athletes targeting a home win in the women’s PTS5.

In the women’s PTVI event, Germany’s Lena Dieter will begin her season having just missed out on a medal at last year’s World Championships.

World bronze medallist Vasyl Zakrevskyi of Ukraine will start as one of the favourites in the men’s PTVI event.