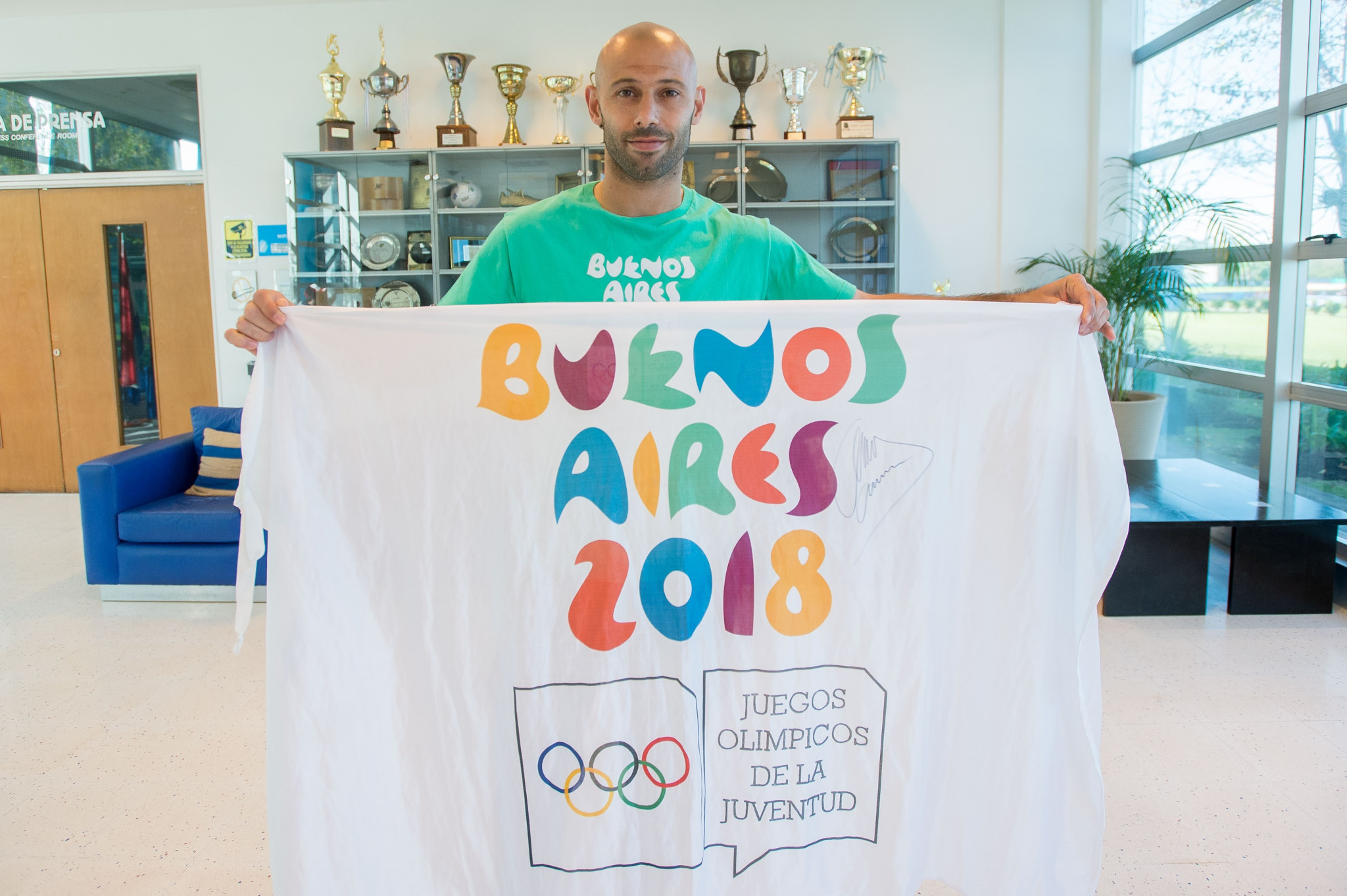 Javier Mascherano has been named as an ambassador for the Buenos Aires 2018 Youth Olympic Games.

The 34-year-old footballer, who is about to play in his fourth FIFA World Cup for Argentina, was chosen to be an ambassador by the Buenos Aires 2018 Organising Committee.

The Youth Games, which will take place in October, will be the biggest multi-sport event in Argentina's history.

"It's an enormous honour that they have selected me as an ambassador for the first Youth Olympic Games to be held in my country," said Mascherano.

"I'll try to share my experience and the value of sport as part of their personal growth and as athletes."

Throughout his career in football, Mascherano has played for clubs including River Plate, Liverpool and Barcelona.

He is the most capped player in Argentinian football history, with 143 appearances.

He is also one of only two Argentinian athletes to have won an Olympic gold medal at two separate Games, after Argentina claimed the football title at both Athens 2004 and Beijing 2008.

"To the young athletes who are going to participate in Buenos Aires 2018, I encourage them to live this experience to the maximum", he said.

"It's really interesting to get know other athletes and also those from other countries.

"That's what the Olympic Games are about."

The ambassadors are chosen by the IOC and the local organiser for each edition of the Youth Olympics.

They are tasked with inspiring young people to take up an active lifestyle through sport.