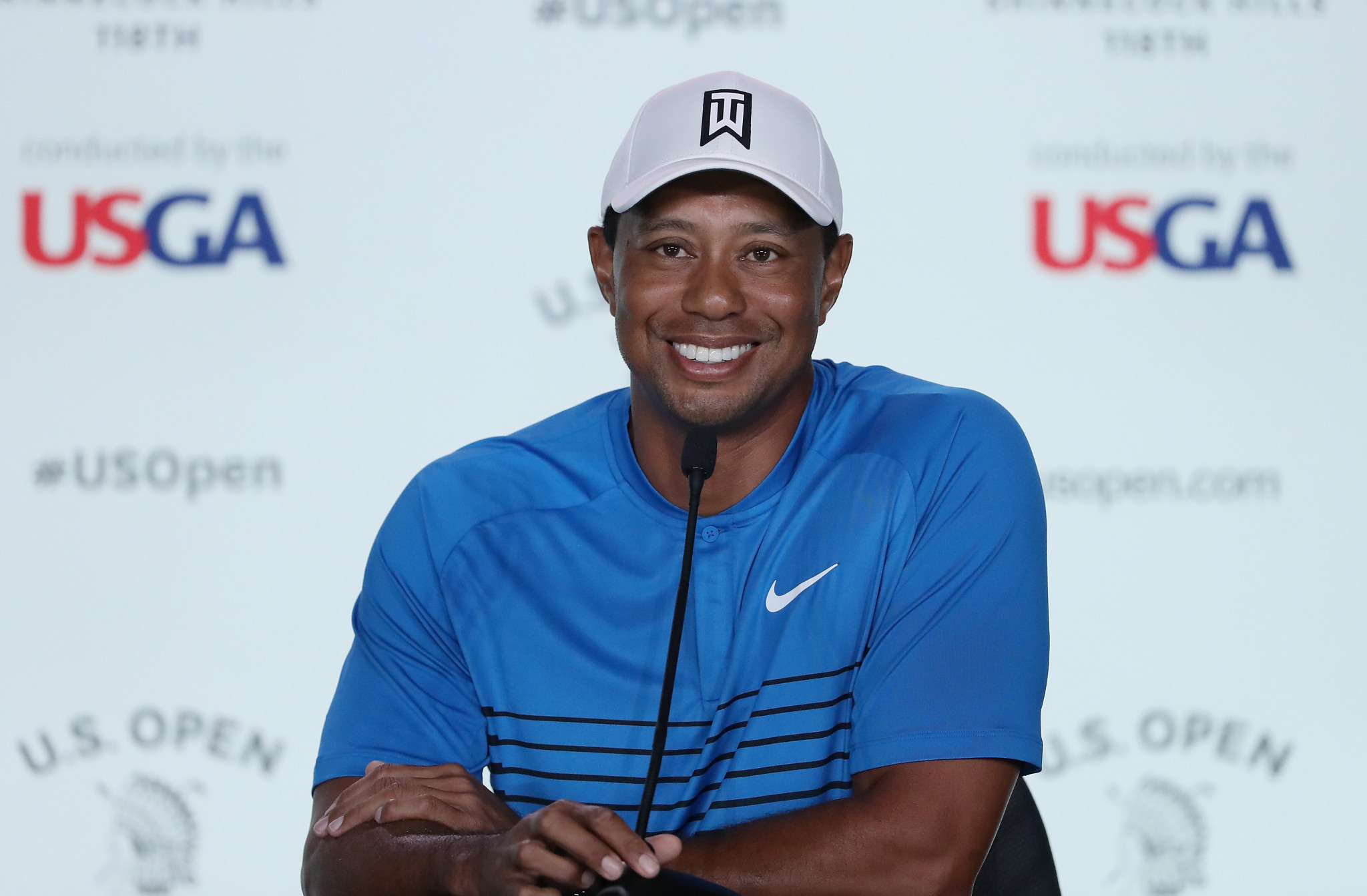 Three-time champion Tiger Woods says playing in the US Open for the first time since 2015 is a "pure bonus".

Golf's second major of the year will start tomorrow, featuring its most competitive line-up in years.

Woods, 42, made his comeback from injury this year, after having his fourth back operation in three years in April 2017.

There was a time when Woods, the 14 time major champion, was unsure if he would ever return to competitive golf.

"This time last year I had just been given the okay to start walking again," he said.

"I had no expectation of getting this far."

Tomorrow, arguably the sport's greatest ever player will tee off at Long Island's Shinnecock Hills alongside Dustin Johnson, the current world number one and Justin Thomas, who Johnson only replaced as golf's top player on Sunday (June 10).

Reflecting on his life 12-months-ago Woods, who won his last major at the 2008 US Open, said: "It was about just having my standard of life.

"Could I participate in my kids' lives again?

"That was the main goal; being able to play again was a bonus."

In nine starts so far this year he has had two top ten finishes including second at the Valspar Championship in March.

In eight of those events he has finished in the top 25, only once missing the cut, at the Genesis Open, which was only his second tournament since returning.

His recent finishes mean as he sets himself on the first tee at 1.47pm local time tomorrow, he will once again be one of the favourites.

The Shinnecock Hills course was founded in 1891 and is one of the five founding members of the United States Golf Association.

The links style course has recently undergone a major restoration, which was finished in 2016.

Other players expected to do well include both of Woods' playing partners Johnson and Thomas.

British players Justin Rose and Rory McIlroy have both already won on the tour this year and will be looking to add to their major collections, while American Patrick Reed will want to build on his success at the Masters in April, where he won his first major title.

This year's US Open will officially begin when American Harold Varner tees off at 6.45am local time tomorrow.