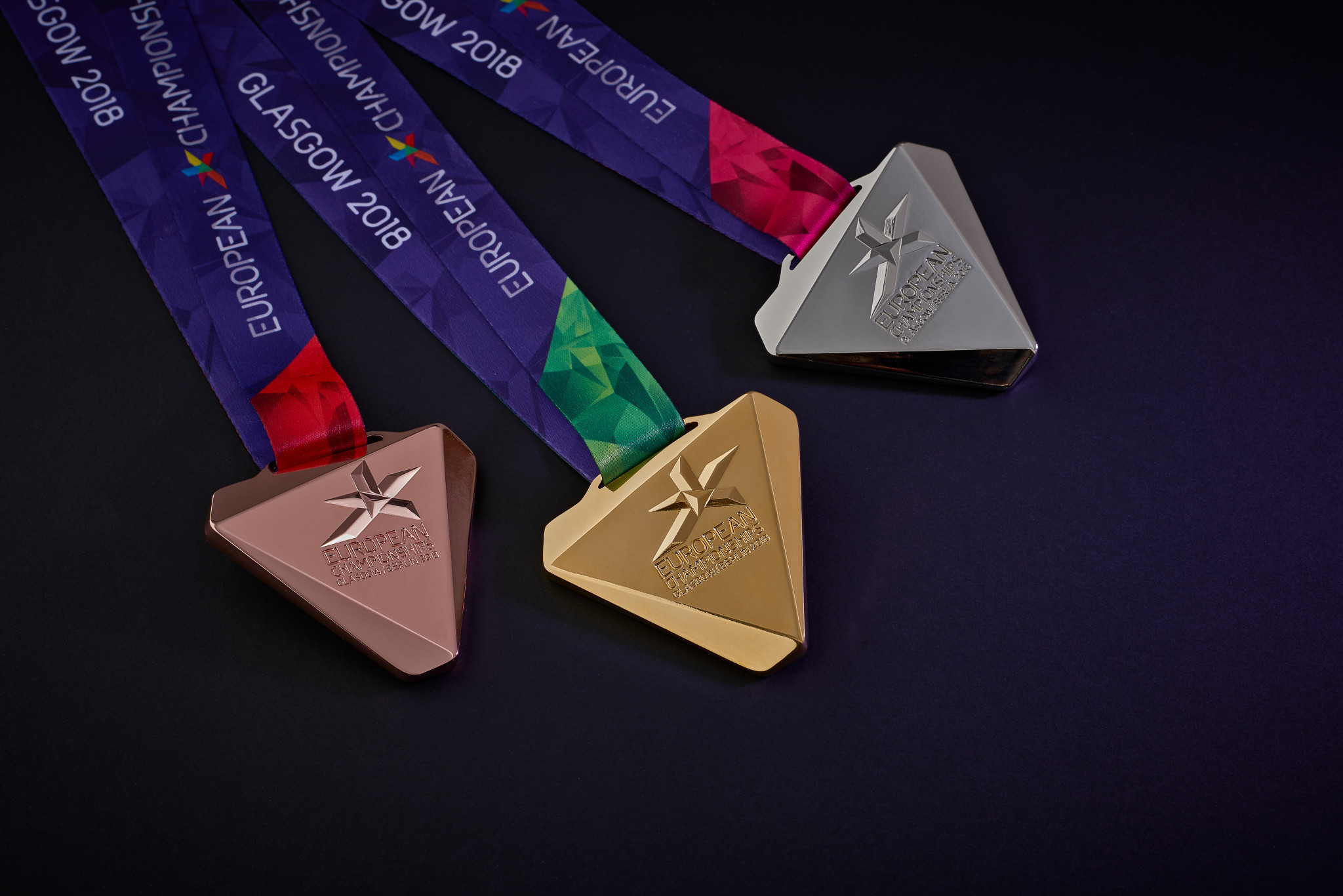 Glasgow 2018 have unveiled their medals to mark 50 days before the multi-sport European Championships begin.

The medals were revealed at a public event in Glasgow's George Square this afternoon.

They were delivered by British triathlete Jess Learmonth, who today was announced as the official Glasgow 2018 triathlon ambassador.

She was welcomed in the square by pupils from the Glasgow School of Sport, St Mungo's and Caledonia Primary School.

The medals were then presented to three aspiring young athletes who are part of the #2018InspireMe campaign, by Sports Minister Aileen Campbell and councillor David McDonald, deputy leader of Glasgow City Council.

Also in the square for the ceremony was local triathlete Marc Austin, who won Team Scotland's first medal of the Commonwealth Games at Gold Coast 2018.

He was joined by Martyn Rooney, a multiple European medallist in both the 400 metres and the 4x400m relay for Great Britain.

He was there representing the athletics competition, which is being held in Berlin.

It is hoped more than 3,000 athletes will compete across the six sports taking place in Scotland between August 2 to 12 - aquatics, cycling, golf, gymnastics, rowing and triathlon.

Around 1,500 will compete in the European Athletics Championships in Germany.

It is the first time the existing European events for the sports have been held at the same time.

The medals for Glasgow 2018 have been designed by Touch of Ginger, who have made medals for many sporting events including the International Cycling Union's Track Cycling World Cup, the 2015 Rugby Union World Cup and the 2016 European Aquatics Championships.

The design features a 3D interpretation of the Championships brand on the front, whilst the rear displays the participating sport's federation logo along with event specific data.

Each medal is hung from a ribbon featuring a crystal design that builds to a full spectrum of rainbow colours, designed to capture the spirit of the multi-sport event.

"I love the medal design, I think it looks amazing.

"It is very contemporary and reflects the unique Championship 'crystal' logo really well.

"I particularly like the fact that it is the same medal design for all seven sports, but then personalised to each with the sports' own logo on the back.

"It is a great way to unify all the athletes across Europe, striving to achieve the same level of sporting excellence."

There will be a total of 188 medal events held across the 11 days of competition in Glasgow and Berlin.

Fifty will be given out at the athletics championships, 72 in aquatics, 30 in cycling, three in golf, 12 in gymnastics, 18 in rowing and three in triathlon.

Campbell said: "With fifty days to go until Glasgow 2018, the countdown is truly on to Scotland's next multi-sport event and anticipation is building further with the unveiling of the medals today.

"It will be wonderful to see some of Europe's best competing in Scotland to claim their place on the podium."