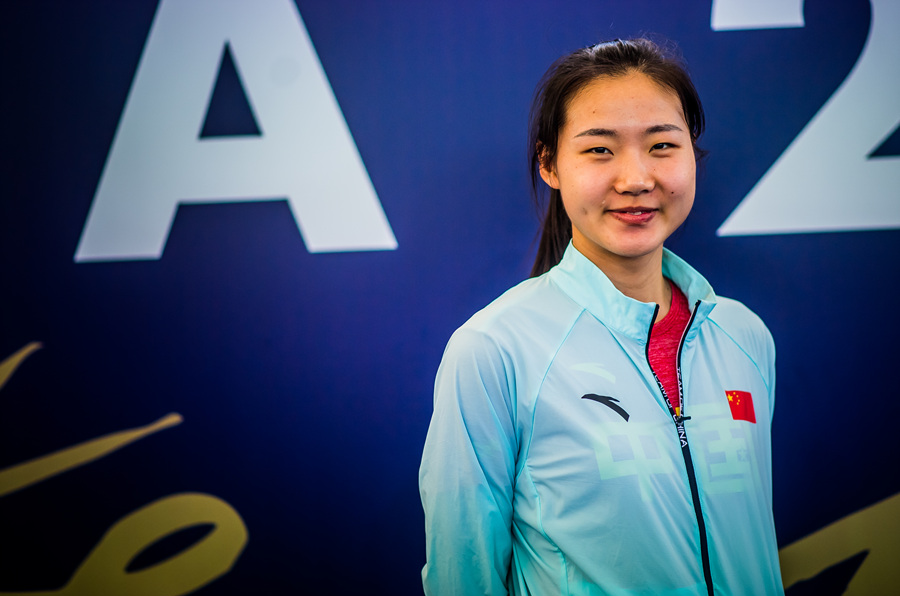 China's Mengyu Zhang has hailed the qualities of Hye-ri Oh having faced her idol at the World Taekwondo Grand Prix in Rome.

The women's under-67 kilogram athletes met at the semi-final stage of the Grand Prix, which was Zhang's debut appearance at that level.

She would beat Oh, the Rio 2016 Olympic champion, to book her place in the gold medal match.

Zhang spoke of her admiration for the three-time World Championship medallist following the competition.

"I love watching and learning from Hye-ri Oh," Zhang said.

"She always shows strong resilience during her fights and never gives up.

"These are fighting attributes that I want to try and emulate myself."

Zhang was able to mark her Grand Prix debut in style, as she overcame France's Magda Wiet Henin in the final to claim gold.

The 19-year-old athlete has now set her sights on qualifying for the Tokyo 2020 Olympic Games.

"During the rest of year I just want to win more points to be in with a chance of qualifying for the Olympics," Zhang said.

"It's not easy, but I like to set my aspirations high."