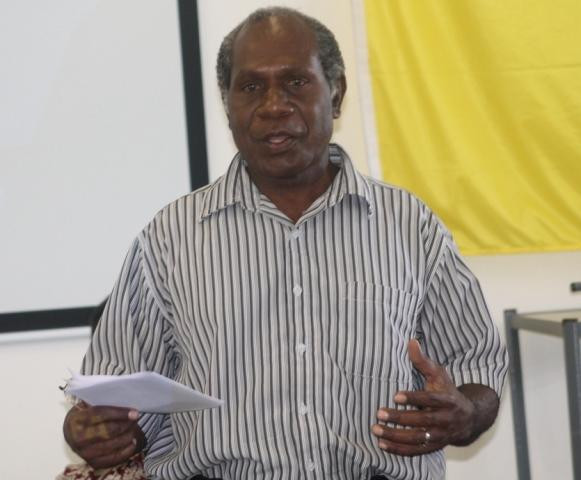 Lambert Maltock is expected to become a new FIFA vice-president representing Oceania after being elected to lead the region's Continental Federation today.

The Vanuatu Football Federation President will replace David Chung as head of the Oceania Football Confederation (OFC) after the Papua New Guinean's resignation in April following allegations of corruption.

That includes his position on FIFA's ruling Council.

Chung relinquished his position two months ago shortly before the body revealed they had appointed an external lawyer to carry out the investigation.

Chung, also the senior vice-president at FIFA, quit amid a financial probe into the construction of new OFC "Home of Football" headquarters in Auckland.

An investigation ordered by world football's governing body into the construction of the new building in New Zealand found "potential irregularities" into the $20 million (£14 million/€16 million) building project, leading to them cutting funding to the region.

Maltock was chosen to replace him at the helm of the 11-member body today during OFC meeting taking place two days before the FIFA Congress here.

He is expected to serve the remainder of Chung's term, due to last until next year.

This means he will also automatically become a FIFA vice-president and join its ruling Council.

Nyantakyi, meanwhile, had been suspended for 90 days by FIFA's Ethics Committee last week after he was caught on camera appearing to accept a bribe.

The video also apparently depicts Nyantakyi demanding other kickbacks which would be passed on to top Government officials, including the President.

CAF announced today that they will convene an Extraordinary Congress on September 30 in Egypt to fill the vice-presidential and FIFA Council void.