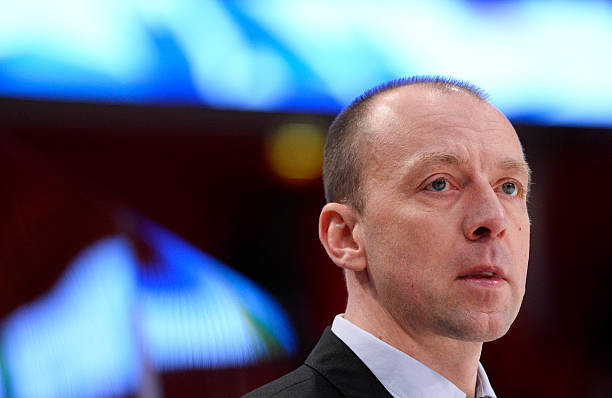 Belarus' Andrei Skabelka has been appointed as the new coach of Kazakhstan's ice hockey team, it has been announced.

The 47-year-old will combine his role with being head coach of Kontinental Hockey League (KHL) club Barys Astana.

Skebelka replaces another Belarussian, Eduard Zankovets, and will be expected to lead a successful challenge when Kazakhstan hosts the International Ice Hockey Federation (IIHF) World Championship Division I Group A on home ice in Astana next year.

"Of course the national team of Kazakhstan will have to return to the elite since we will host the World Championship of our division at home," Askar Mamin, the President of the Kazakhstan Ice Hockey Federation, told Russian news agency RIA Novosti.

"Therefore, Skabelka’s task, of course, will be to win this tournament."

It will be the first time Kazakhstan has hosted an IIHF World Championship event.

"Holding the World Championship [Division I Group A] in Astana will be a stimulus to increase the popularity of hockey in Kazakhstan," Mamin said.

As a player, Skabelka represented Belarus in 12 World Championship tournaments and two Winter Olympic Games at Lillehammer 1994 and Turin 2006.

Belarus will be among the teams taking part in next year's IIHF World Championships, due to take place between April 29 and May, along with Hungary, Lithuania, Slovenia and South Korea.

The top two teams will be promoted to the 2020 IIHF World Championship in Switzerland.

Kazakhstan have not played in the elite division of world ice hockey since being relegated in 2014.

Skabelka has also worked as a coach in the KHL for Torpedo Nizhni Novgorod, Sibir Novosibirsk and Avangard Omsk.