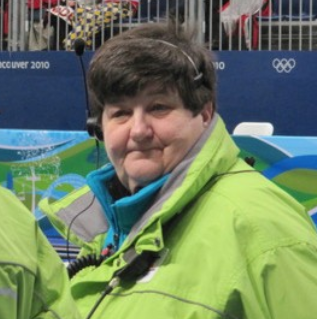 The World Curling Federation (WCF) have led tributes following the death of leading umpire Donna Statzell at the age of 66 following a brain injury.

Statzell served as a curling official in the United States for more than 25 years and umpired at national, regional and global competitions.

"It is with great sadness that we learn of the death of our dear friend Donna," said WCF President Kate Caithness.

"She was well respected within the curling family by both athletes and officials.

"She umpired at four Olympic Winter Games - Salt Lake City, Turin, Vancouver and Sochi and had been chief umpire at many US and International events.

"Most recently, Donna served as deputy chief at the World Men's Curling Championship 2018 in Las Vegas.

"The curling world has lost a dear friend and our thoughts and prayers are with her family and friends at this sad time."

Statzell was also director of institutional research and interim academic dean of business at Hennepin Technical College in Hennepin, Minnesota.

She was also involved in the writing of the chief umpire manual for the WCF and in the US.

"I find it hard to put into words all that she has truly done to improve the quality of officiating in the sport of curling," added USA Curling director of growth and development, Kim Nawyn.

"Donna was one of the authors of the current national officiating training programme and was working on developing a course for level three officials at the time of her passing.

"She also served on the Officiating Advisory Group, which is a group of high level officials who advise the national organisation on officiating topics and develop training materials for chief umpires.

"Donna was the consummate professional whenever officiating, instructing and interacting with others in her various roles with USA Curling."

No memorial service is planned at this time, but donations can be made in Statzell's name to the St. Vincent De Paul Society.