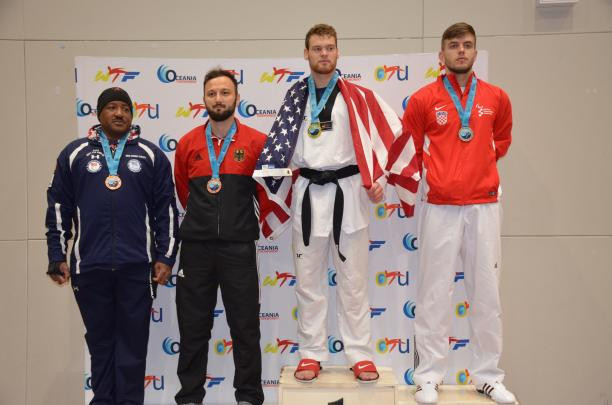 Mikulić, who has not tasted success since the 2016 European Championships, is among the headline names competing at the event.

The Croatian arrives as one of the favourites for the gold medal in the men’s over-75kg K44 division.

Aliskhab Ramazanov, forced to compete as a neutral as the Russian Paralympic Committee remains suspended following the doping scandal in his country, is expected to be among the main contenders.

Mikulic said he was wary of Ramazanov, the world number four who beat him at the 2017 World Championships, but claims he is ready to return to the top of the podium despite the challenges which lay ahead.

"Every year there is some new guy that’s good,” Mikulić said.

"He [Ramazanov] will be a problem in Bulgaria."

Britain's reigning world champion Amy Truesdale has also entered the one-day event in Plovdiv, which has attracted a field featuring many of the sport's top names.

Truesdale will aim to revive past glories after a difficult start to this season, where she has suffered surprise defeats at the African Open Championships and Asian Open Championships, when she competes in the over 58kg K44 division at the European event.

Denmark’s Lisa Gjessing and Russia’s Ayshat Ramazanova are likely to contend for gold in the women's under 58 kg K44 category, while the women’s up to 49kg K43 group will see four of the best five in the world compete.