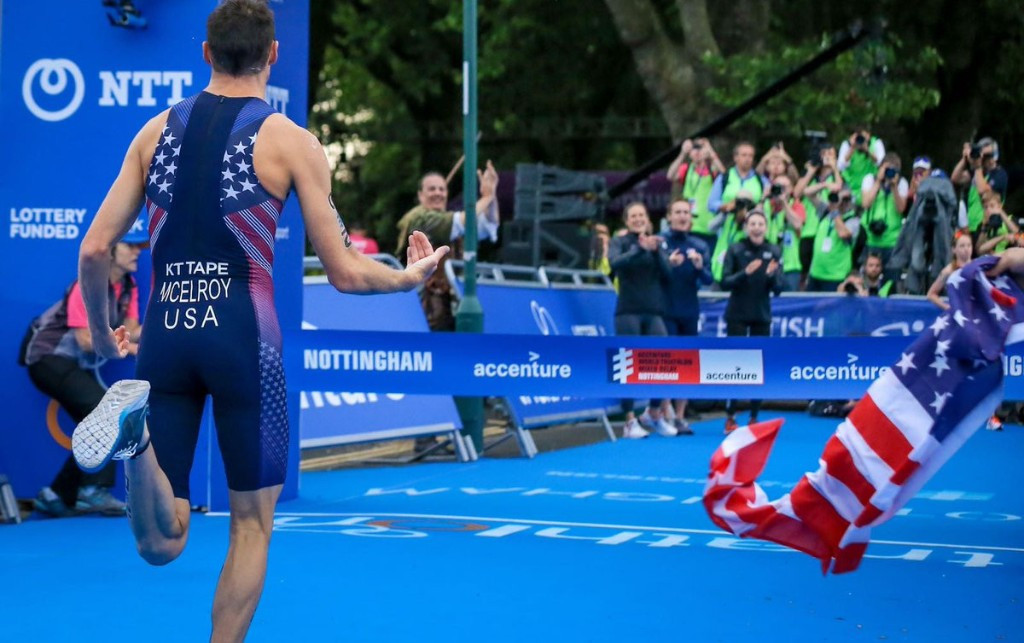 The addition of the mixed relay events to the International Triathlon Union's flagship circuit follows the discipline being added to the Olympic programme in June last year.

Mixed relay features two male triathletes and two female who each complete a short course before tagging their team-mates.

Kirsten Kasper gave the US team a strong start to the event by completing the 300 metre swim, 7.5 kilometre bike and 1.5km run in a time of 20min 50sec.

Her effort put their team in a good position on the course, with Eli Hemming and Katie Zaferes achieving times of 19:44 and 20:52 respectively.

Matthew McElroy rounded off the victory, as the American managed a time of 19:41.

It gave them an overall finishing time of 1 hour, 21min, 16sec to top the standings.

Hosts Britain would end as the runners-up in front of the Nottingham crowd, with Non Stanford, Thomas Bishop, Vicky Holland and Jonathan Brownlee making up their team.

Congratulations Team USA!! A brilliant leg from @KZaferes6 built on the hard work of @KirstenKasper and Eli Hemming before an assured finale from Matthew McElroy saw @usatriathlon win the first #TriMixedRelay of 2018! #WTSNottingham pic.twitter.com/LkeeIbLY4u

The podium was completed by France, who crossed the line a further 12 seconds down.

The event was the first of two major triathlon competitions in England.

Leeds will host individual competitions at a regular WTS event on June 9 and 10.