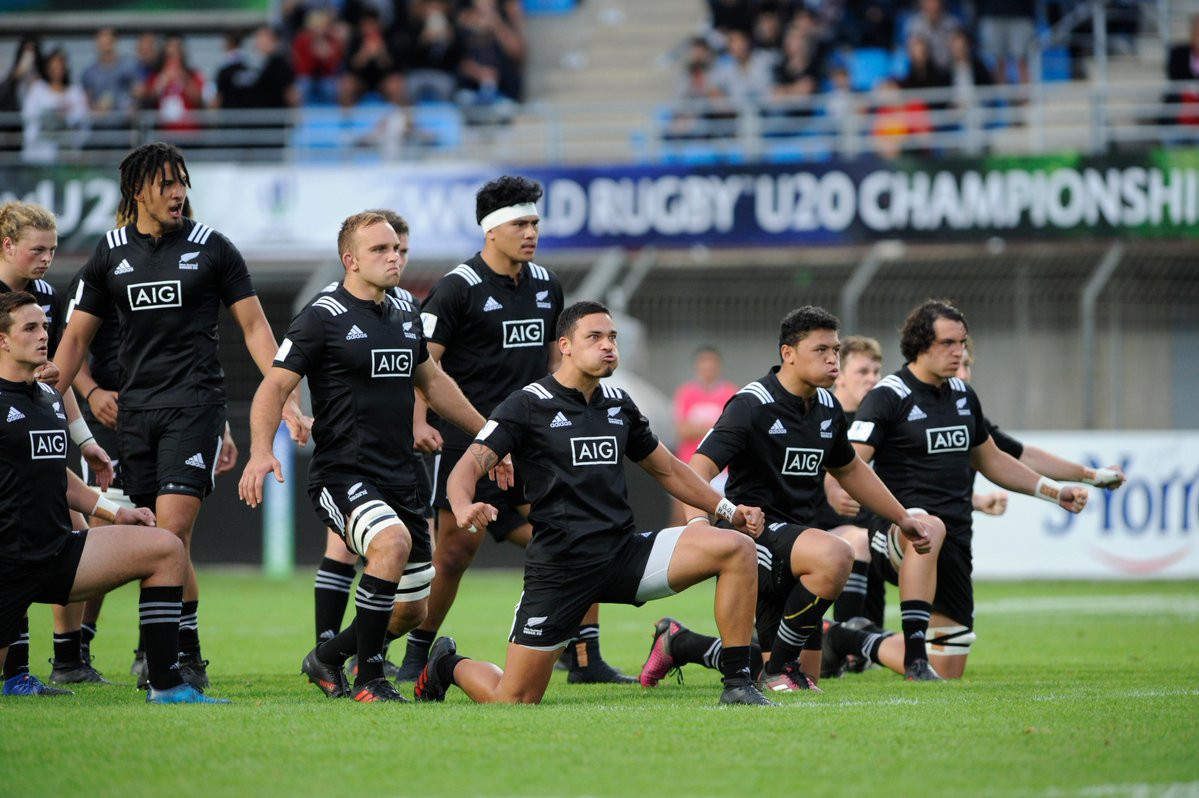 Defending champions New Zealand topped Group A of the World Rugby Under-20 Championship by beating rivals Australia in France today.

The holders had beaten Japan and Wales in their opening matches of the tournament, with their team seeking to maintain their 100 per cent record at Stade Aime-Giral in Perpignan.

A strong performance saw them overcome Australia 27-18 to finish top of the standings.

Wales clinched second place with a narrow 18-17 win over Japan, leaving them with two wins and one defeat in the group.

England maintained their unbeaten record with a comfortable win over neighbours Scotland at the Stade de la Méditerranée in Béziers.

The English team emerged as 35-10 winners to wrap up their Group B campaign.

Italy went head-to-head with Argentina to finish second in the group, with the European side coming out on top by a 30-26 score.

France clashed with South Africa in Group C to decide which nation claimed top spot in the standings.

The host nation were able to secure their third victory in front of a home crowd.

Georgia finished third in the group, as they secured their first win of the competition by beating Ireland 24-20.

Having accrued the more points in their group than fellow second placed teams Wales and Italy, South Africa claimed a place in the semi-finals.

They are now set to face England on Tuesday (June 12).

New Zealand will clash with France.