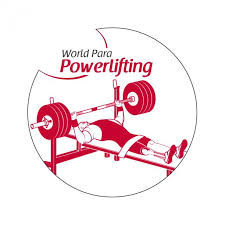 World Para Powerlifting has revealed a four-strong shortlist for the best athlete award from the recent European Open Championships in France.

The four athletes are in contention to claim the "Best European Lifter" prize following the conclusion of the event in Berck-sur-Mer.

Ukraine's Mariana Shevchuk is among those on the shortlist after she lifted a huge 130.5 kilograms to set a world record in the women's 55kg event.

Britain's Ali Jawad, who won a silver medal at the 2016 Paralympic Games in Rio de Janeiro, is among the other nominees.

Jawad claimed the 54kg title at the European Open Championships as he continued his return to competition following the longest flare up of his Crohn's Disease since he was diagnosed in 2009.

Justyna Kozdryk of Poland will also hope to secure the award after winning a third straight continental crown in the women's 45kg division.

She lifted 96kg to seal a hat-trick of European Open Championships triumphs.

Frenchman Rafik Arabat, winner of the men's 88kg competition with a best lift of 196kg, completes the shortlist.

The powerlifter with the most combined votes among all social media pages will claim the award.

The public has until Monday (June 11) to cast their vote.