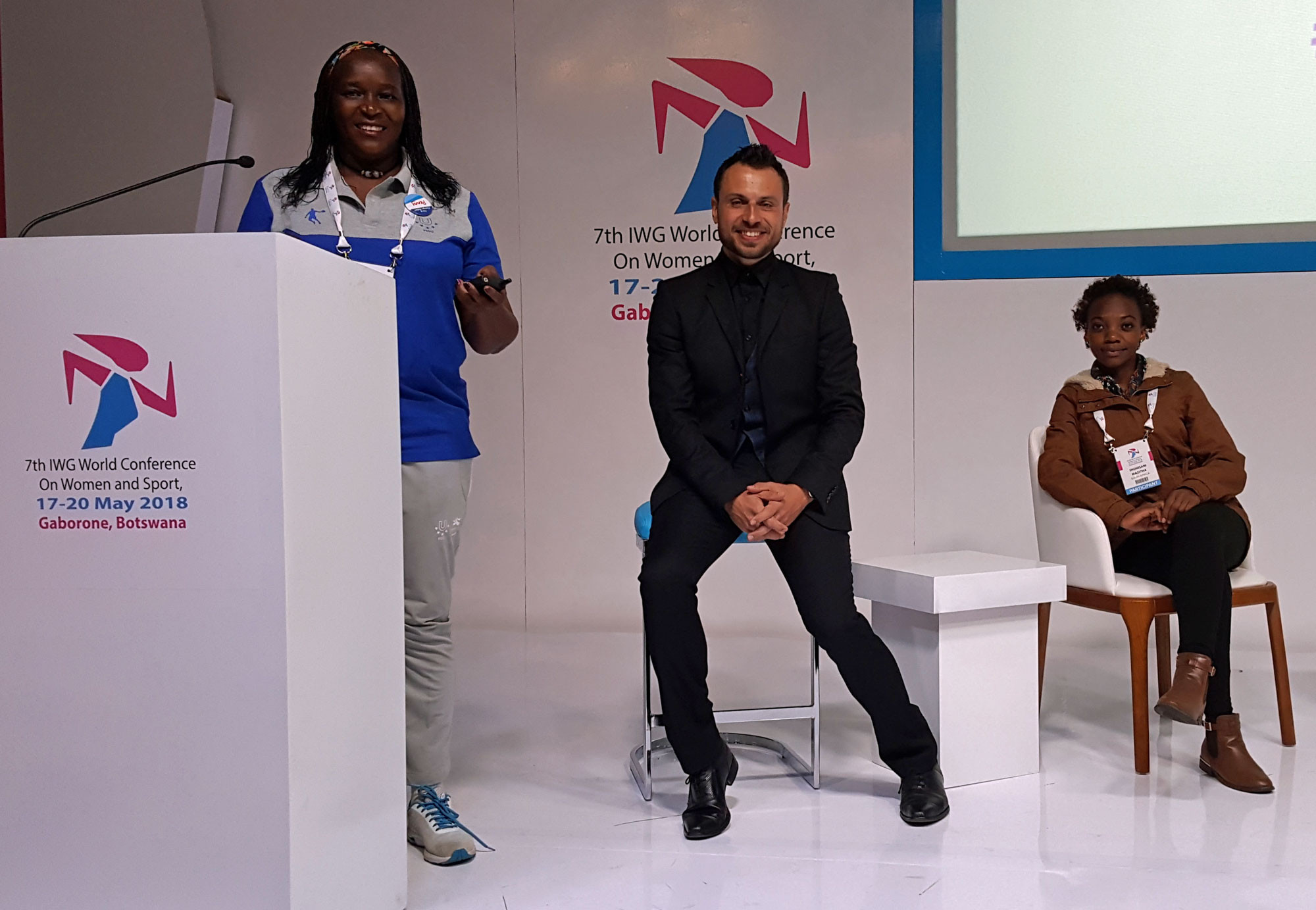 International University Sports Federation (FISU) members were among those in attendance at the seventh edition of the World Conference on Women and Sport, which took place in Botswana's capital Gaborone.

They were joined by Shoni Masutha, a student representative of the Federation of Africa University Sports.

The group emphasised that as sports forge a way forward for gender equality, it is important to recognise and build upon the contribution of university sports as a key architectural building block for future advances on increasing sport and development opportunities for all.

FISU representatives called for focus on the enormous potential that a university education plays.

Kabenge described it as "a goldmine for gender equality".

Richard, meanwhile, stressed that success will require strengthened continental and National University Sports Federations to capacitate their potential of university sports, adding "knowledge is the power to connect globally".

"The trend of underscoring gender equality is definitely growing to promote the participation of more female referees and coaches, reviewing of numbers of equipment for sport and equality of gender, recommending schedules equal for men and women in the sports programmes," Kabenge added.

"FISU also realised the importance of partnership in order to generate universal success that has led to burgeoning a profile for equality in sports.

"Our task is to make ourselves the architects of the future, creating significant opportunities not just for equal participation as athletes, but also raising the number of women in leadership roles and officiating roles.

"FISU is steering the destiny of equality with increased activities that empower the students regardless of their sex who are today’s stars and tomorrow’s leaders."

"In FISU’s presentation it was noted that no discussion about potential would be complete without mentioning education and it’s wonderful to see that focused efforts are being made by FISU with its programmes such as the Gender Round Table, conferences etc.

"Participants of the conference were treated to a short movie showing innovations by FISU that are creating the architects of the future which triggered exciting questions and comments.

"The future of gender equality is in our hands so let’s all do our part to ensure that it’s a bright and powerful future."

On the eve of the World Conference on Women in Sport, Burundi's Lydia Nsekera called for an increase in the number of female representatives in sport governance to be treated as a priority.