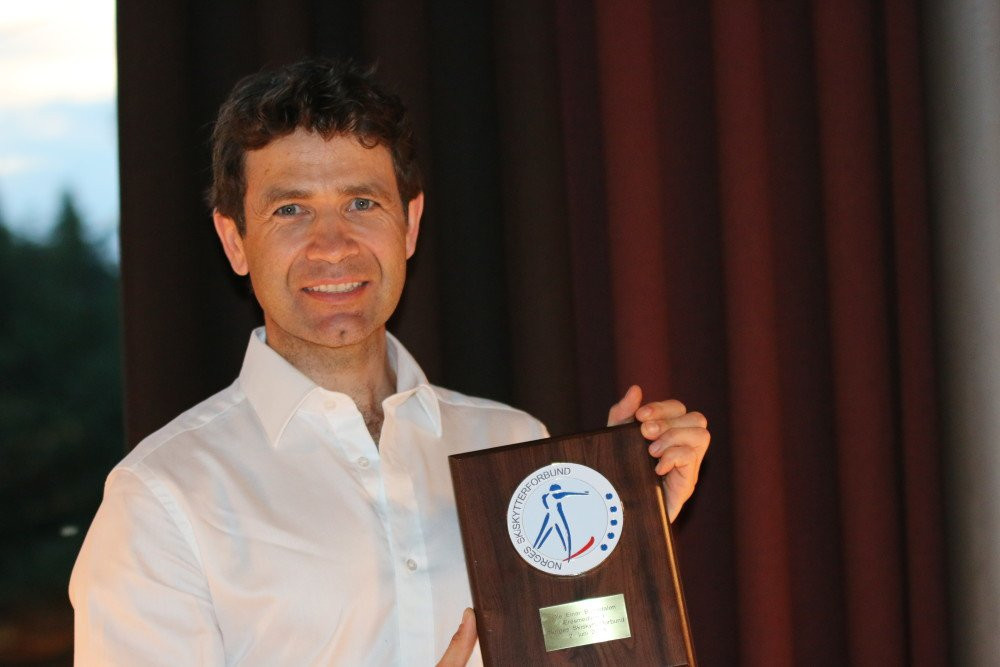 The Norwegian biathlon legend, who finally called time on his career at the age of 44 in April, was presented with the honorary diploma at a gala dinner in Eidsvoll.

Bjørndalen, the 20-time world champion who was the most decorated Winter Olympian of all time until he was surpassed by his compatriot Marit Bjørgen at Pyeongchang 2018, is only the third to be granted honorary membership of the NSSF.

He follows in the footsteps of former military officer and sports official Ole Jacob Bangstad, who died in 2010 but recognised by the NSSF in 1997.

Former International Biathlon Union President Anders Besseberg, who stepped down after 25 years in the role in April after he was implicated in a criminal investigation connected to doping, was given honorary membership in 2001.

"It was surprising that I was appointed honorary member and it is a great recognition to get this award," said Bjørndalen.

NSSF secretary Rakel Rauntun said it was "difficult to find a more deserving" recipient of the award.

"It is with pride and humility that NSSF shares the third honorary membership through the story of Ole Einar Bjørndalen," he said in his speech at the dinner.

"With Ole Einar's wonderful career as a skier, he is faced with how skiing has developed as sport both in terms of sport and commercially and with a particularly strong position among the Norwegian audience."

Bjørndalen's first Olympics came on home snow in Lillehammer in 1994 and he won his first gold in the 10 kilometres sprint at Nagano 1998.

He then won four golds at Salt Lake City 2002, one at Vancouver 2010 and two at Sochi 2014 to cement his place into the history books.

However, his bid to reach Pyeongchang 2018 ultimately ended in disappointment after he failed to make an impact on the IBU World Cup circuit this term.

He had targeted this year's Games after coming out of retirement in 2016 and resigning his role as a member of the International Olympic Committee's Athletes' Commission.

The Norwegian repeatedly missed important meetings as he instead concentrated on his sport.

He had initially planned to retire after Sochi 2014 but continued to his home World Championships in Oslo in 2016 before extending his career again.