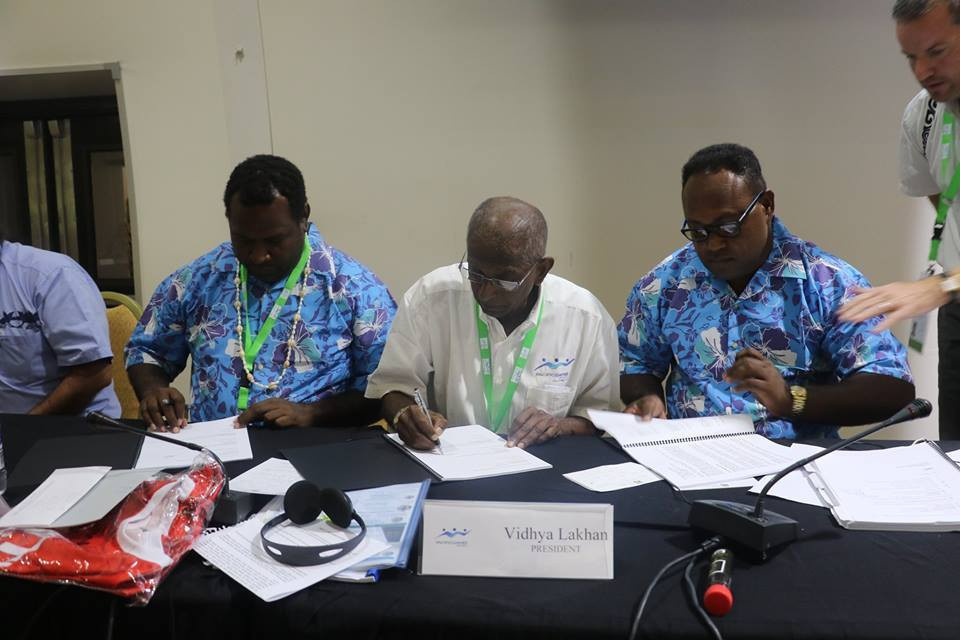 The Solomon Islands Government have secured the land required to construct a national stadium for the 2023 Pacific Games.

Negotiations for the land in capital Honiara, located on the island of Guadalcanal, have been delayed for nearly a year.

An agreement has now been reached for a site.

He expressed his hope the breakthrough would boost preparations for the Games.

"On those two facilities, the school and the university, is going to be the Athletes' Villages for the Games, where all the teams and delegations will stay," Minogue told Radio New Zealand.

"So it's always made a lot of sense to have the main hub of the Games - your main stadium, your athletics track and so on - in those grounds but we've been made aware the last year or so that there's some land issues around getting full access to that site.

"It appears through the Prime Minister's department they've intervened and basically brought all the stakeholders together and got an agreement which is really quite helpful."

A location for the Games' swimming venue is expected to be the next major challenge for organisers.

Solomon Islands were awarded the Games back in 2016, having seen off the challenge of rivals Tahiti.

They are poised to become the seventh nation to host the Games, which take place every four years.

The PGC are hoping to avoid a similar scenario to what affected the 2019 Games, which saw Tonga's Government withdraw as hosts due to financial reasons.

Samoa were named as replacement hosts in December.

Minogue has stated a revised host city agreement has been signed with the Solomon Islands.

The agreement will see several milestones set to ensure preparations remain on track.