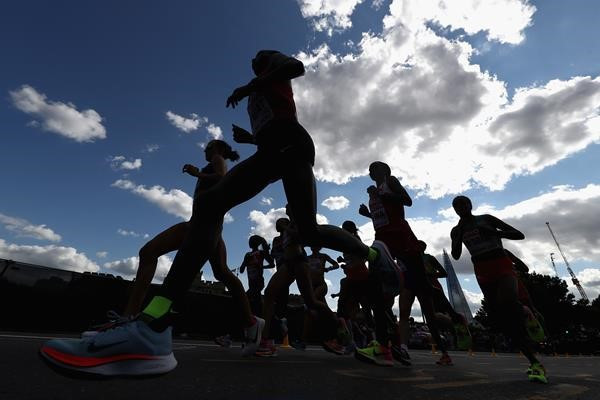 A special partnership has been announced between the International Association of Athletics Federations (IAAF) and United Nations Environment in a bid to address air quality.

The five-year collaboration, which is also being supported by the Climate and Clean Air Coalition, will involve an "air quality monitoring network" seeking to link almost 1,000 athletics tracks around the world within five years.

Other ideas include the creation of a "major city network of air quality monitors" that can help runners choose the best times to run in their cities.

They will also work with charities to create a "real time air quality database" as well as leading and joining global campaigns for cleaner air.

"We are delighted to join forces with UN Environment to raise awareness and collect data that will enable our athletes and communities around the world to help tackle this silent killer," said IAAF President Sebastian Coe.

"We hope that Governments, community leaders and the public take a greater interest in what affects every breath they take."

Air pollution has been a particular concern at athletics events held in China.

Air pollution has an undeniable impact on health and the environment. I am proud that Athletics is playing a more active role, in partnership with UNEP, in raising awareness and finding solutions to this silent killer. https://t.co/2vFZt3NS9j

In Beijing in 2008 there was international condemnation before the Olympic marathon races.

However, Kenya's Samuel Wanjiru exacerbated these fears by winning in a stunning Olympic record time of 2 hours, 6min 32sec amid smog levels which were lower than forecast.

"Getting the world of athletics taking action on air quality is a massive breakthrough for action on this issue," added Erik Solheim, executive director of UN Environment.

"Everyone loses if the air is dirty.

"But this plan to get 1,000 monitors on tracks, support from greats such as Coe and [Ethiopian distance runner] Haile Gebrselassie, I am sure we can begin to clean the skies across the world."

The IAAF have also pledged to introduce measures to reduce plastics at future events that they organise while encouraging member federations and permit meetings to follow suit.

"With an informal network of more than half a billion runners around the world, no other sport has the same global reach as athletics to create awareness on the health impacts of air pollution," said a statement today.

"It is estimated that six per cent of the world’s population of 7.6 billion run regularly, a figure expected to rise to more than 10 per cent in the next few years."