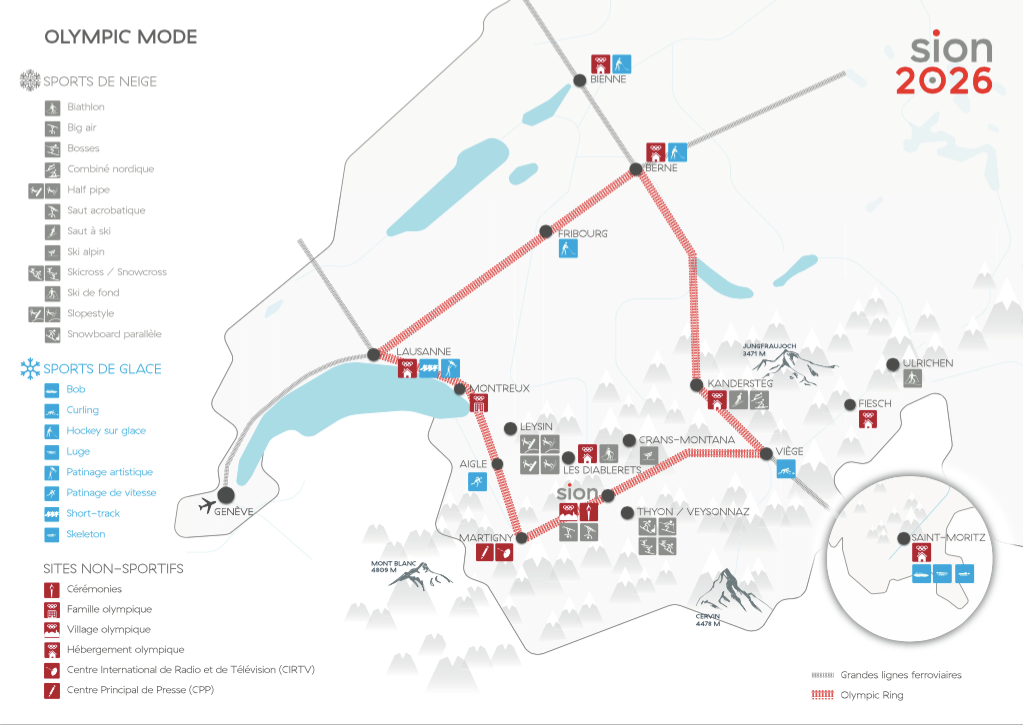 Sion's bid for the 2026 Winter Olympic Games could continue even if it suffers defeat in a referendum on financial support next month, it has been claimed following suggestions other cities in the Canton of Valais might step in to lead the effort.

RTS Swiss Public Television has reported the Canton may still press ahead with a bid if the "no" vote prevails in the June 10 referendum.

RTS cited unnamed sources, who said several other towns or resorts have privately expressed an interest in taking over the leading role in the bid.

This includes Crans-Montana, Brig or Zermatt, according to reports.

A member of Sion 2026 told insidethegames that this was possible in theory but added that no discussions regarding the possibility had taken place.

It also remains plausible that the bid could still be called "Sion 2026" even without the input of the main city in the Canton's capital city.

Philippe Varone, President of the city of Sion, reportedly said the City Council would be consulted to decide whether to lend the name of the city to the Olympic effort.

This has effectively been made possible by an agreement for the Canton of Valais to jointly sign the Host City Contract with the city and Swiss Olympic should Sion be chosen to host the 2026 Winter Olympics and Paralympics.

It forms part of a concerted campaign to alleviate the costs of staging the event.

Voters in Valais will go to the polls to decide whether the Canton should provide the necessary funding for the bid to proceed.

Opposition towards Sion's bid for the 2026 Winter Olympic and Paralympic Games appears to be gathering pace - despite a message of support from the Swiss Federal Council - with less than three weeks to go before the referendum.

Polls released earlier this month suggested it was too close to call with 46 per cent of voters in the region forecast to vote "yes" in comparison with 47 per cent who would vote "no" and seven per cent who are undecided.

A latest poll conducted by Sotomo for RTS Swiss Public Television indicated that 51 per cent would not approve the funding of CHF100 million (£75 million/$100 million/€85 million) to organise the event, and a further seven per cent would probably not approve.

Sixty per cent of those in opposition blamed high costs while only 32 per cent of women questioned said they would vote "yes".

That leaves Erzurum in Turkey, which is currently considered a rank outsider, and Graz in Austria, the country where the referendum in Innsbruck has already failed.

The International Olympic Committee are due to approve official candidates at its IOC Session in Buenos Aires in October before a host is chosen in September 2019.