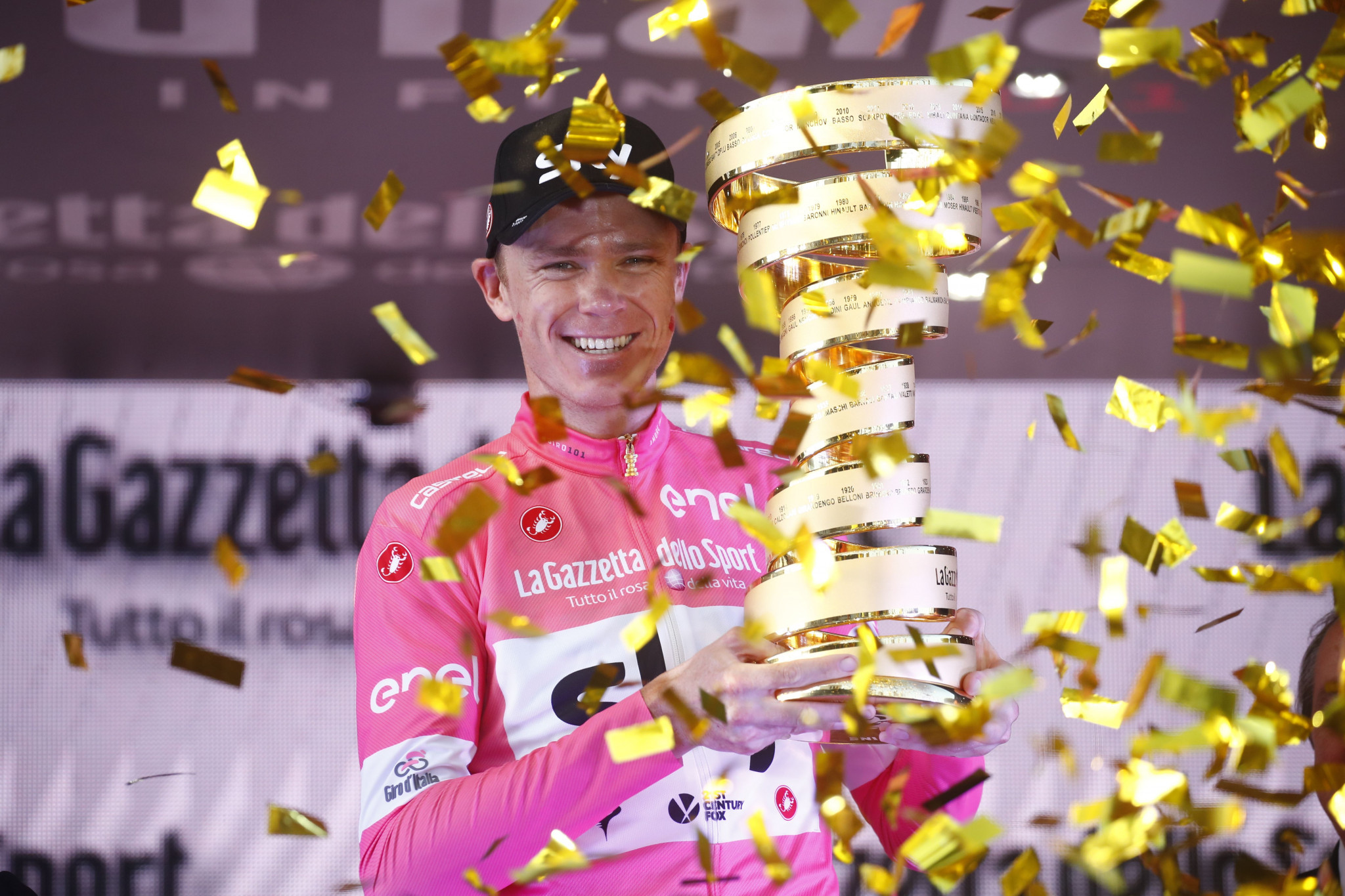 Britain's Chris Froome has insisted there should be "no question at all" on the credibility of his Giro d'Italia triumph amid the controversy surrounding his participation at the race after he failed a drugs test last year.

Froome, the subject of an ongoing anti-doping investigation into the positive test, reiterated his claim that he had "done nothing wrong" in an interview with BBC Radio Five Live.

The 33-year-old, who became the just the third man to hold all three cycling's Grand Tour titles at the same time when he completed his Giro victory yesterday, failed a drugs test for having double the permitted levels of asthma drug salbutamol in a sample given during the Vuelta a Espana last year.

The International Cycling Union are currently invesitgating and President David Lappartient said before the race that Froome should not be competing until the case is resolved.

Froome's success has been met with a mixed response in the media as a result but the Kenyan-born Briton claimed there should be "no question at all about the validity of the results here".

"I am being tested absolutely every day - before the race and after the race," he told BBC Radio Five Live.

"I know from my side, I've done absolutely nothing wrong and it's only a matter of time until that is clear to everybody.

"It's unfortunate for the sport and its image, but hopefully we'll get this result as soon as possible.

"For everyone, that would be the best thing possible.

"We're in the middle of that process right now."

Following his sensational ride in the 19th stage - where he launched a stunning solo breakaway 80 kilometres from the finish at Monte Jafferau to snatch the pink jersey and put himself to within touching distance of victory - Froome said he had "done nothing wrong and that will soon become clear to everyone".

His performance was greeted by some members of the peloton, including Ireland's Ryan Mullen, who Tweeted: "Today I did 300 watts average for 6 hours to finish 45 minutes behind the winner.