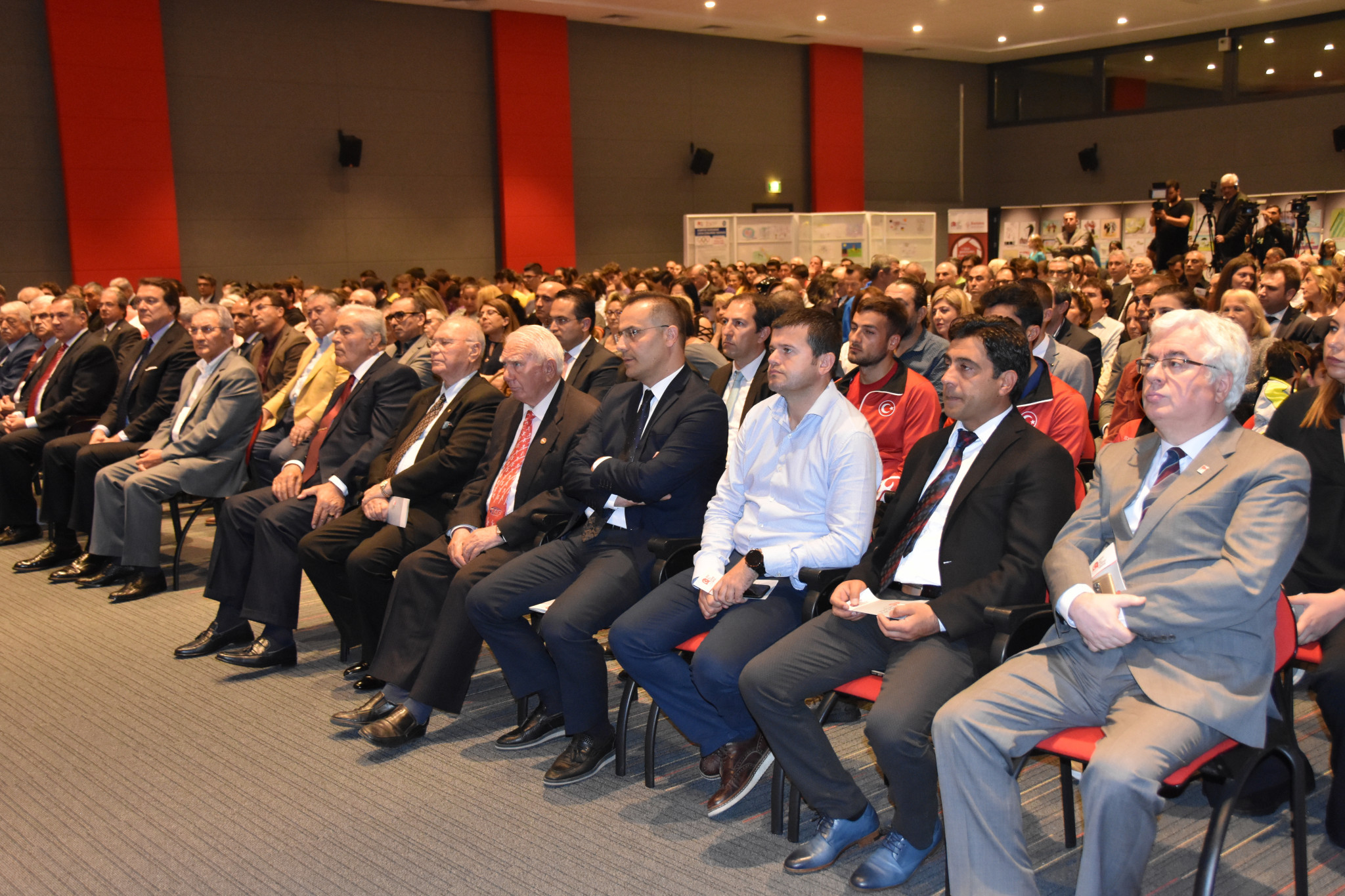 The Turkish Olympic Committee (TOC) has announced the winners of the 2017 Turkey Fair Play Awards.

A total of 22 individuals and institutions were recognised in all for their "exemplary" conduct which promoted "the spirit of fair play in sport".

Greek weightlifter Valerios Leonidis won in the behaviour category for attending the funeral of Turkish rival Naim Süleymanoğlu and kissing his coffin.

Süleymanoğlu won gold in the under-64 kilograms class at the 1996 Summer Olympics in Atlanta, with Leonidis clinching silver following an absorbing battle.

Hellenic Olympic Committee President Spyros Capralos was on hand to collect the award on behalf of Leonidis.

Other award winners included Salih Bora in the career category.

The wrestling coach has trained many young athletes who have become champions including Hamza Yerlikaya, Seref Eroğlu, Nazmi Avluca and Rıza Kayaalp.

In the promotion category Hülya Bingöl, a faculty of sports sciences lecturer at İnönü University, was declared the winner for organising fair play introductory programmes and holding conferences to discuss good sportsmanship.

TOC President Uğur Erdener was among those to attend the event in Istanbul.

"With the aim of promoting Olympic values of friendship, respect and excellence as well as fair play among Turkey's youth, the TOC's Fair Play Caravan has visited many universities across the country to educate future sports teachers, trainers, coaches and managers," he said.

"On behalf of the TOC, I would to thank all of those involved for passion and dedication to volunteering during this project."

Capralos added: "Sport is a tool that brings together all nations and proves the brotherhood of people all around the world.

"Competitions in sports fields between two rivals transform into friendships over time.

"In the globalising world, the Olympic Games have become one of the most important elements bringing people together regardless of their languages, religions, nations and genders.

"The friendship of Naim and Valerios was the perfect example of this.

"I am honoured and proud to receive this award on behalf of Valerios."