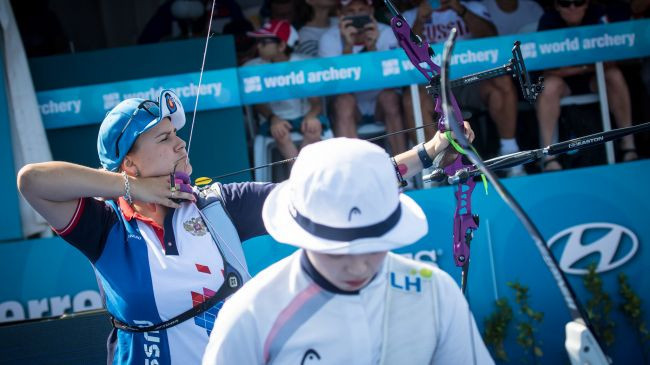 The Russian triumphed in a repeat of the match-up and result from last year's World Championship final in Mexico City as South Korea dominated elsewhere on recurve finals day.

Perova trailed in the early stages before fighting back as both archers struggled in windy conditions at the Antalya Archery Field.

Nothing could break the two in the regulation match to leave the contest decided by a shoot-off.

Both shot a nine - with Perova judged the winner, 6-5 overall, after a measurement was taken.

“It was lucky, but sometimes you are lucky,” the winner said, after ensuring her automatic qualification for the Hyundai World Cup Final in Samsun later this year.

“This is sport, and anything can happen.”

Oh Jin-hyek completed the all-South Korean podium with a 7-3 win in the bronze medal match against Mohamed Khairul Anuar of Malaysia.

South Korea beat Japan 5-3 in the men's team final as Great Britain earned their first medal in the event since 2012 with a 6-2 bronze medal match win over Malaysia.

South Korea won 5-1 against Germany in the women's team final.