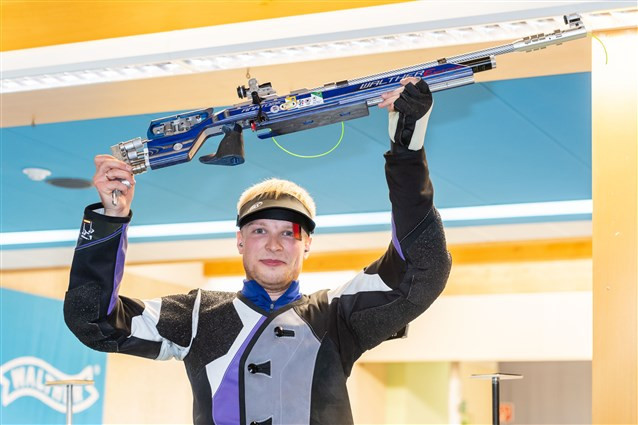 The 25-year-old scored 249.5 points to beat Rio 2016 bronze medallist Vladimir Maslennikov of Russia by a margin of 0.7 at the German city’s Olympian Schiessanlage.

Charheika, ranked 18th in the world in the event, had previously gained European Junior Championship junior in 2010 and 2011, as well as a Youth Olympic Games silver medal in 2010.

With 227.9 points, the 21-year-old athlete collected the bronze medal, leaving his Croatian opponent in fourth place with 206.9 points.