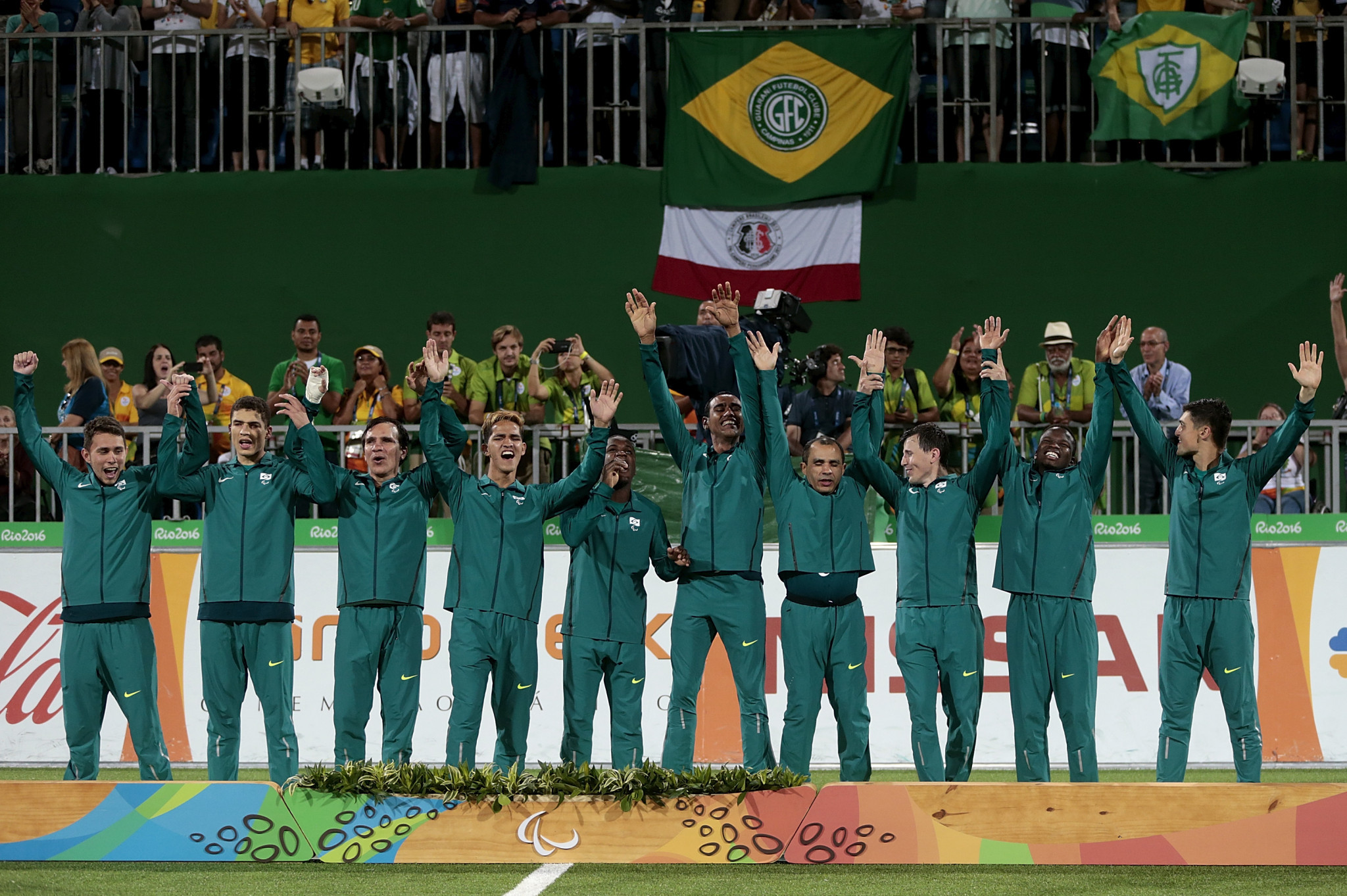 The squad, announced by manager Fabio Vasconcelos, features eight players who were part of the victorious team at the Rio 2016 Paralympic Games.

Goalkeeper Luan was part of the team, along with defenders Cassio, Damiao and Mauricio Dumbo.

They will be joined by goalkeeper Joao Paulo and defender Gledson.

Brazil are the defending world champions and will hope to secure a fifth title at the event.

They beat Argentina 1-0 in the 2014 final in Japan, with an extra-time strike from Jefinho.

The World Championships will also prove crucial for teams, with Tokyo 2020 qualification on offer.

"We will have a last training phase in São Paulo between May 27 and June 4 to adjust the final details," said Vasconcelos.

"People can be sure that will make a great tournament.

"Our goal is to win the title and secure our place at the Tokyo 2020 Paralympic Games."

Competition will take place from June 7 to 17 in Madrid, with Brazil's first match coming in the Spanish capital on June 8.

They will open Group D with a game against Costa Rica, before ties against Mali and England.

African champions Morocco will take on Spain, Turkey and Thailand in Group A, while Copa America winners Argentina, France, Colombia and Iran make up Group B.

European gold medallists Russia, who will participate as neutrals unless the suspension of the country's Paralympic Committee is lifted before the tournament begins owing to the nation's doping scandal, Mexico, South Korea and Asian title holders China comprise Group C.