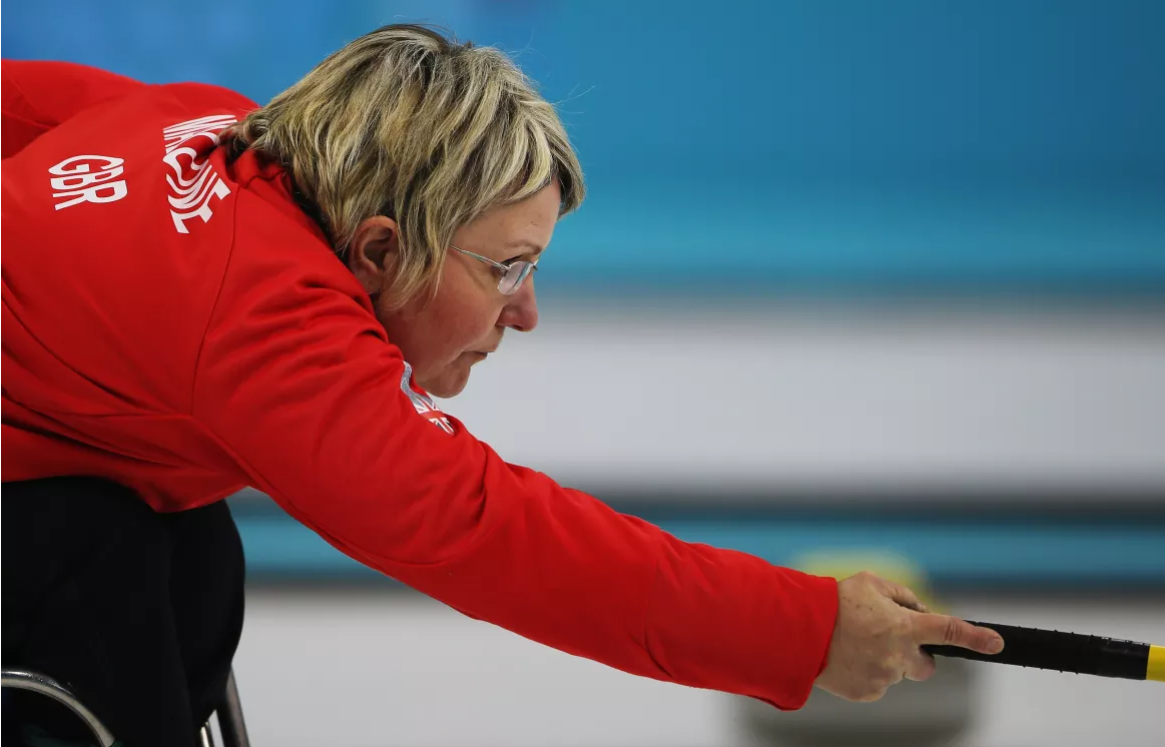 Double world champion Angie Malone has retired from wheelchair curling, bringing an end to a career that saw the Briton win two medals at the Winter Paralympic Games.

The 52-year-old Scot made the decision after returning from her most recent competitive outing at the Pyeongchang 2018 Winter Paralympics, where Great Britain's team finished seventh.

"I have made the decision to retire from competitive performance wheelchair curling," Malone, a Paralympic silver medallist at Turin 2006 and bronze medallist at Sochi 2014, said.

"My curling career has been an amazing experience with many highs and lows.

"It has been an absolute emotional rollercoaster."

Malone’s first taste of the sport came in 2003, a year after wheelchair curling started and she proved to be a natural from the outset.

On gaining selection to represent Scotland, she won her first World Championships in 2004, successfully defended that title in 2005 and a year later won silver at Turin 2006 - the first time the sport was introduced to the Paralympic schedule.

After experiencing early success, Malone’s motivation was to reach the 2010 Winter Paralympics in Vancouver, which she did in spite of having to overcome the additional challenge of being diagnosed with breast cancer in 2008.

She experienced podium success again at Sochi 2014, winning bronze with her British team-mates, but a year later, in 2015, she was part of the Scotland team that were relegated from the World Championships.

They bounced back quickly from that set-back and went on to win world bronze in Pyeongchang in 2017, the same year that Malone was awarded a Member of the Most Excellent Order of the British Empire (MBE) for services to wheelchair curling.

As a mentor with the Winning Scotland Foundation, her intention is to concentrate her efforts on continuing that work, coaching all age groups in life changes and sport, as well as seeking to inspire others to take up the sport.

She is also looking forward to being able to spend more time with her family, while undertaking a course to teach mindfulness at Glasgow University, as well as a number of new hobbies.

More recently Malone has made a foray into film-making, demonstrating her own pathway into wheelchair curling to help inspire others to get involved in the game.

It is one of many projects she hopes to focus on while helping to promote the sport.

"I want as many people as possible to try curling and hopefully enjoy the game as much as I have," Malone said.

"It has the potential to open many doors to new opportunities and I want others to have the chance to experience some of the great competitive opportunities I have been fortunate enough to be exposed to.

"I have thoroughly enjoyed competing at the highest level.

"To be on the podium at a Paralympics and to do so twice, are moments that are definitely among my career highlights.

"The support staffs at British Curling, Sportscotland Institute of Sport, Scottish Disability Sport and UK Sport Lottery Funding have enabled me to be the best I could be in my competitive sporting world.

"Their commitment to each and every athlete has made it possible for me to fulfil many of my dreams and goals and I thank everyone on the team for their world class input.

"I would also like to thank all the volunteers and grassroots coaches who encouraged me in the early years as well as the players I have had the opportunity to compete with in club leagues, Scottish and British Championships, World Championships and Winter Paralympic Games, for the fantastic times on and off the ice and I will continue to cherish the many friendships made along the way.

"I wish each and every one of them success, enjoyment and pride in everything they take part in and I hope to champion their efforts in my own way."

Head wheelchair coach Sheila Swan has known Malone since her first World Championship title success and paid tribute to her.

"Angie has had a long and impressive career due to her perseverance and commitment to the game, which has undoubtedly contributed to her success both on the ice and also off it in her mentoring role," she said.

"She will be greatly missed by her team-mates but is not a loss to the game as Angie will continue to be a wonderful ambassador for the sport and an asset to wheelchair curling moving forward and we all wish her every success as she embarks on new challenges."