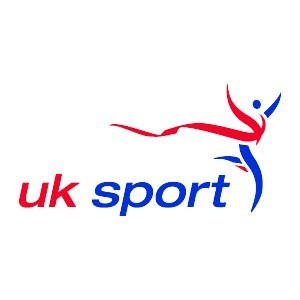 UK Sport have announced new funding and capability for the British Athletes Commission (BAC) in an effort to improve athlete welfare.

The agency said they have boosted the amount of money to £1 million ($1.3 million/€1.1 million) for the remainder of the Tokyo 2020 cycle.

It is claimed the move will enable the Commission to hire two caseworkers, with one covering the north of the country and one in the south.

Permanent support will be provided to athlete representatives in each Olympic and Paralympic world class programme.

UK Sport state the aim is to provide a continuous and constructive engagement, rather than just responding to incidents and issues when they occur.

"Reviewing our investment in the British Athletes Commission with a view to strengthening its capability was one of the key points in the action plan we published last year," said Liz Nicholl, UK Sport chief executive.

"We are confident that under Vicki Aggar's leadership the BAC will be available to provide the quality of support that athletes need.

"The Commission's work will complement and reinforce all the other work going on in our world class programmes and across the system, including the Culture Health Check, the Code for Sports Governance, our Sports Integrity function at UK Sport and our culture and people development programmes."

The Culture Health Check report was also released by UK Sport following consultation and a survey with athletes, staff and stakeholders in the high performance system.

Five areas were listed as requiring improvement, with 31 per cent of athletes disagreeing that they had opportunities to give feedback without fear of negative consequences in their programme.

A total of 30 per cent of athletes stated they had witnessed unacceptable behaviour in their programme, while 24 per cent who had experienced or witnessed the behaviour reported it.

All sports were invited to take part in the review, with 682 athletes responding out of 895 asked.

The report came after a series of bullying scandals in British sports in the past year.

"Last year I challenged our system to be the best in the world at culture, governance and integrity in sport, just as we aim to be the best at performance," said Katherine Grainger, UK Sport chair.

"The Culture Health Check is an essential part of that process that will enable us to improve further and do the right thing more often.

"Making sure athletes and staff are working in a positive and respectful environment is quite simply the right thing to do as well as the smart thing to do.

"The result is a system that will be stronger both in terms of experience and performance.

"This is also just one part of our wide set of work on improving the culture in our world class programmes, developing our duty of care towards staff and athletes, and reforming the governance of sport."

UK Sport released the findings at Bisham Abbey National Sports Centre, where they were hosting the first of their Athlete Futures roadshow events.

The roadshow will be held around the country over the rest of the year.

It is claimed they are a major initiative linking up current and former world class programme athletes with careers advice and workshops, and opportunities to meet with and hear from employers.