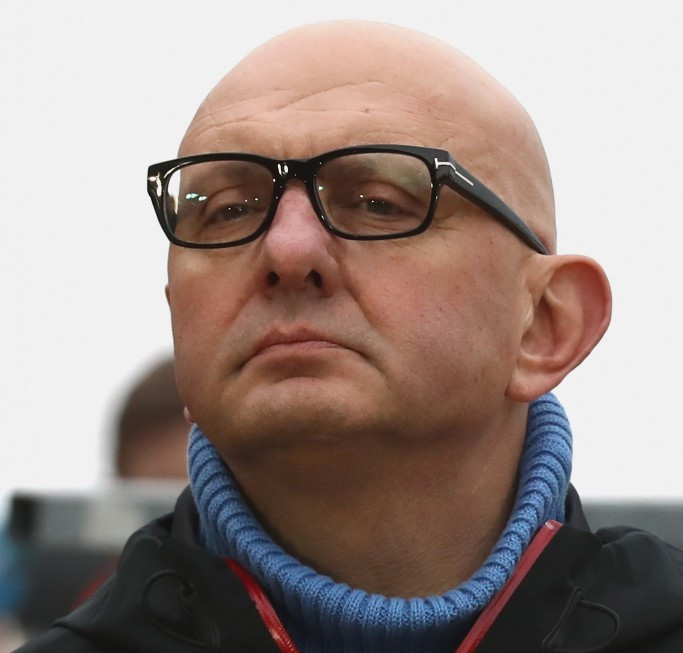 Ivo Ferriani insists his growing role within the International Olympic Committee (IOC) is an advantage rather than a distraction as he seeks a third term as President of the International Bobsleigh and Skeleton Federation (IBSF).

The Italian official is already an IOC member and has now been nominated as the winter sporting representative on the body's ruling Executive Board, subject to rubber-stamping by the IOC Session.

Fritz Burkard, one of his two rivals challenging him for the IBSF post, had suggested that this could lower his standing with national federations as they believe it could mean he has less time to focus upon bobsleigh and skeleton.

Ferriani dismissed this view and insisted it helps the world governing body.

"I think that having the President of the IF in the IOC is a jump-up for the national federations," he told insidethegames.

"It will make the sport stronger and stronger by being led by someone in the IOC.

"I'm proud to be the President of the IBSF and an IOC member."

The 58-year-old, first elected into the position in 2010, will be seeking a third term in office at a Congress due to take place in Rome on June 27.

He cited revenue, governance and new disciplines as three priorities.

"I began my campaign one minute after the first election and have been continuously campaigning over the last four years," Ferriani said.

"We are a very good federation, but of course not everything is perfect.

"Every time we do something as a Board we can be criticised, but criticism is also a motivator to do more.

"Creating a model federation is not just a goal, but a never-ending process.

"We have to continue to explore ways to reduce costs, through our commissions, while also considering new disciplines and acting in a sustainable manner.

"We will work in a transparent way to ensure that all the work and me and all of my staff is absolutely correct."

Ferriani confirmed that they are pushing four-woman bobsleigh as their primary new discipline for the Beijing 2022 Olympics after the Executive Committee voted 4-3 in favour of it earlier this year.

This comes despite a personal preference for monobob events.

"I consider monobob as a good pathway to create more opportunities for women in our sport," the Italian told insidethegames.

"It has been accepted as the safest, easiest and most economic tool.

"For me, it is the best way to develop in the short-term, but we have put forward four woman bobsleigh as our number one proposal and monobob as our second.

"We are leaving it to the IOC [Sports Department and then Executive Board, in July] to make a final decision."

Ferriani would not be drawn on whether they plan to continue their World Cup sponsorship with Russia's state-owned energy giants Gazprom following the doping scandal in the country.

"Gazprom have given us good support have undertaken a lot of development work," he said.

"We also need to focus on the Chinese market - which is incredible.

"We are not blocking any one market as we move forward and decide who can bid for the future."

He also insisted that efforts are continuing to analyse evidence against individual Russian athletes implicated in doping at the Sochi 2014 Winter Olympics and other events.

Ferriani was among those to criticise an IBSF Anti-Doping Hearing Panel ruling not to re-impose provisional suspensions against Olympic champions Aleksandr Tretiakov and Alexander Zubkov late last year due to perceived problems in how the case was handled.

Russia is not hosting a World Cup event for the 2018/2019 season, but Ferriani insisted that this was because they did not apply and not because they are banned from doing so.

"We would like to return to Russia as soon as we can," he said.

He insisted he would "not comment on individual national federations" when asked about his views on the likelihood of Zubkov being re-elected as Russian Bobsleigh Federation President later this year despite the allegations.

He also refrained from going further than a basic backing of Italy's potential bid for the 2026 Winter Olympic and Paralympic Games, expressing his confidence that the Italian National Olympic Committee (CONI) would make the best proposal from the potential efforts of Milan, Turin and Cortina d'Ampezzo.

According to La Repubblica, Ferriani initially voiced support for Turin over Milan - seen as the preferred choice of CONI - when the contest first began in March.

Ferriani did, however, praise the plans of Stockholm to host sliding events in Sigulda in Latvia following an IOC recommendation for Olympic bidders to use existing tracks.

Pyeongchang, who built a new track for this year's Winter Olympics, are also not hosting a World Cup leg next year.

Ferriani said that they will be considered as a host once the post-Games management of the track is finalised.

Bobsleigh Canada Skeleton chief Sarah Storey, the daughter of Ferriani’s predecessor, Bob, is also listed as running for President as well as all other positions in documents sent to IBSF members, but her ultimate ambitions are not yet clear.