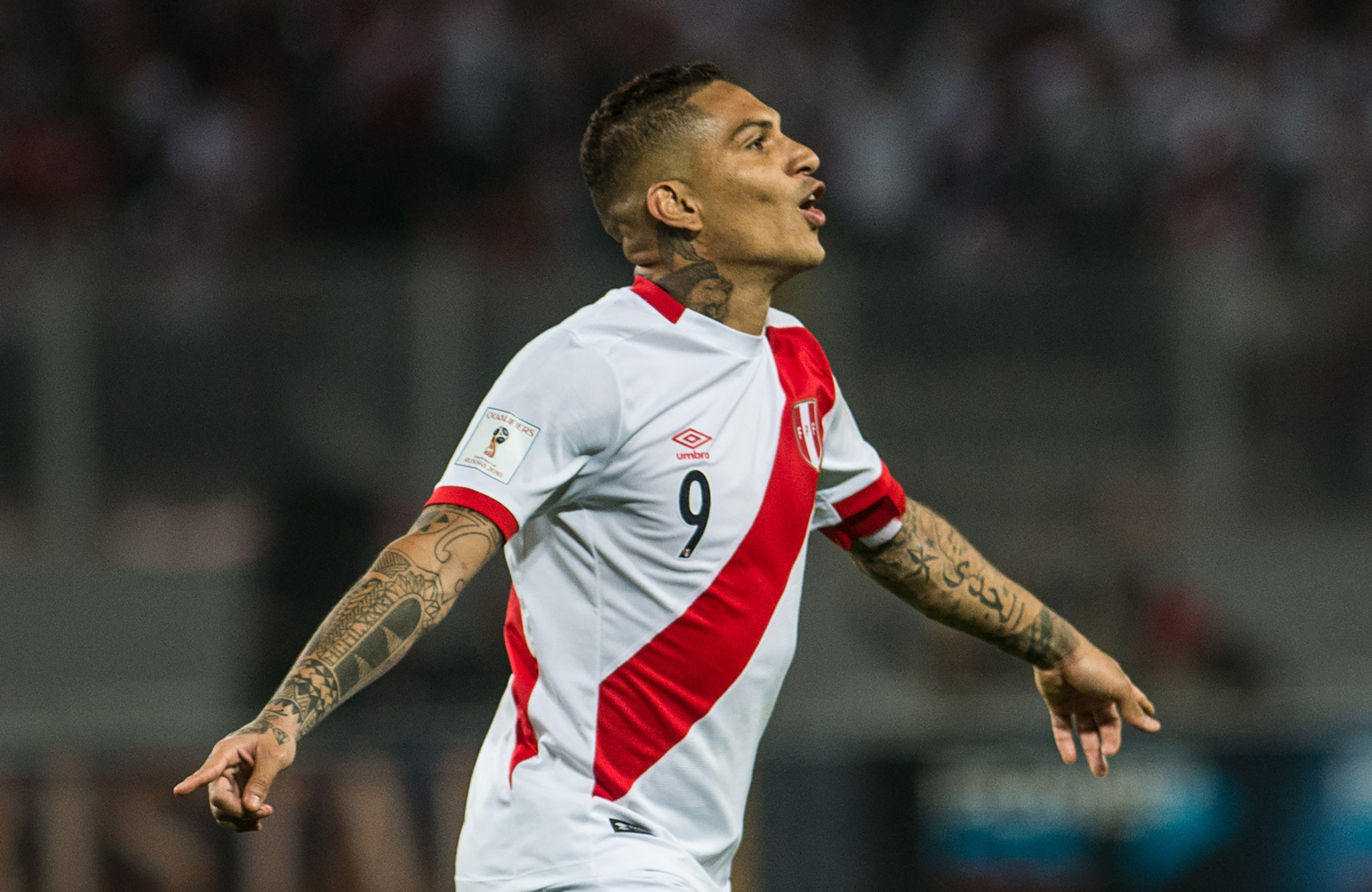 Peruvian President Martín Vizcarra has declared his support for football team captain Paolo Guerrero after the Court of Arbitration for Sport (CAS) extended his drugs ban from six months to 14 and ruled him out of the World Cup.

Guerrero was initially banned for one year in December after testing positive for cocaine metabolite benzoylecgonine, after his country's 0-0 draw in their World Cup qualifier against Argentina in Buenos Aires on October 6.

Following a case at CAS between Guerrero and the World Anti-Doping Agency, the ban has been extended to 14 months, backdated to the start of his six-month ban, meaning he has a further eight months to serve.

The World Cup begins on June 14 in Russia.

The CAS statement on the case read: "The CAS Panel confirmed the existence of an anti-doping rule violation (ADRV) committed by Mr Guerrero but also accepted that he did not attempt to enhance his performance by ingesting the prohibited substance.

"However, the Panel considered that the player did bear some fault or negligence, even if it was not significant, and that he could have taken some measures to prevent him from committing the ADRV.

"Considering that, in case of no significant fault or negligence, the sanction should, in accordance with the applicable FIFA rules, be in the range of 1 to 2 years of suspension, the CAS Panel considered that the appropriate sanction would be 14 months in light of Mr Guerrero's degree of fault."

Guerrero, Peru's all-time leading goalscorer, is said to have drunk an aromatic tea made from coca leaves.

Peruvian President Vizcarra has now publicly supported the country's star player who said an appeal would be launched through the Swiss legal system.

As reported by Peru 21, he said: "We respect the instances and competitions here in Peru and abroad, but where is the help requested by the player Paolo Guerrero?

"Through the Ministry of Foreign Affairs we have an embassy in the Swiss Confederation, we have Ambassador Enrique Chavez.

"What we are going to give is a support, in terms of the efforts they make, so that our Ministry of Foreign Affairs, the Foreign Ministry and the Embassy of Switzerland can be at the disposal of Paolo and his lawyers so that this legal process that is beginning in the Swiss Federal Court is accompanied by the Peruvian State.

"This is one of the responsibilities that embassies have, it is an obligation that we have, a fortiori in this case when we consider that the claim is fully justified, Paolo Guerrero, as a Peruvian, is asserting his rights."

UPDATE: @FIFPro is calling for urgent talks with @FIFAcom after Paolo Guerrero was slapped with an "unfair and disproportionate" ban, which rules him out of the @FIFAWorldCup. More to follow.@FIFPro statement 👇🏻https://t.co/z60JemzMfF

Players union FIFPro have also backed the 34-year-old, who is set to miss Peru's first World Cup since 1982, and have called for an urgent meeting with FIFA.

"FIFPro considers the ban unfair and disproportionate, and the latest example of a World Anti-Doping Code that too often leads to inappropriate sanctions, especially when it has been established that there was no intent to cheat," a FIFPro statement read.

"Both FIFA and the Court of Arbitration for Sport agreed Guerrero did not knowingly ingest the substance and that there was no performance-enhancing effect.

"It therefore defies common sense that he should be handed a punishment which is so damaging to his career."