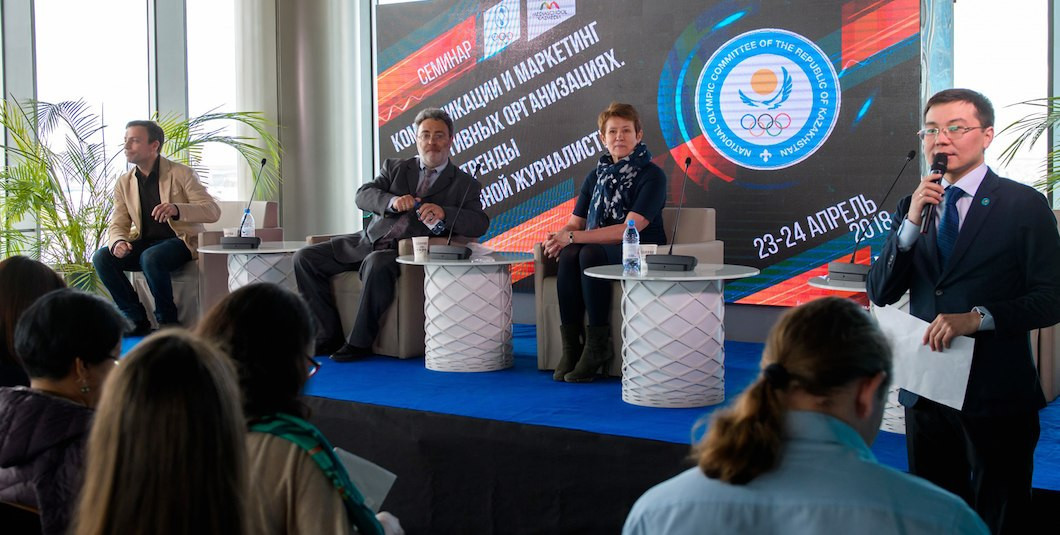 The National Olympic Committee of the Republic of Kazakhstan hosted a public relations and sports marketing seminar across two days.

The event's main theme was "communication and marketing in sports organisations - new trends of sports journalism".

Leading sports writers and commentators from the country were among those to take part in workshops.

They were joined by marketing specialists from sports federations and organisations, as well as journalism students.

The event was funded using money from Olympic Solidarity.

Participants came from across Kazakhstan, but mainly from the major cities of Astana and Almaty.

The city lost out to Beijing in a two-horse race to stage the 2022 Winter Olympics and Paralympics.

The country then announced in March that they were not planning to bid for the 2026 Games, but they have not ruled out an attempt for the 2030 edition.