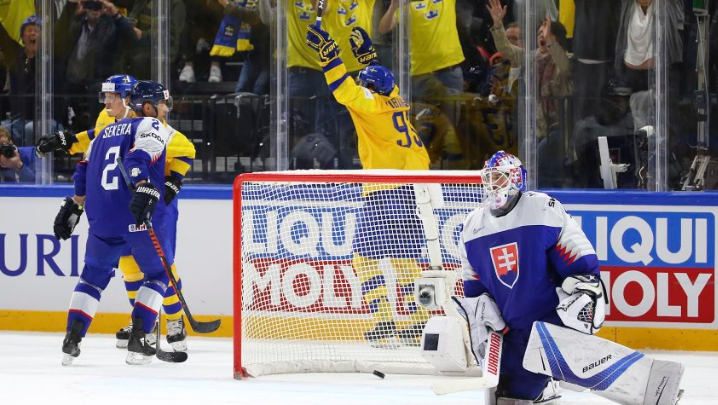 Sweden survived an overtime test before a 4-3 win over Slovakia today at the International Ice Hockey Federation World Championship in Denmark.

The defending champions survived a huge scare at the Royal Arena in Copenhagen but are now guaranteed of progression from Group A after five successive wins.

Mika Zibanejad scored the decisive winner after his pass to Rickard Rakell was deflected into the net by Andrej Sekera.

It means winless Belarus are now certain to be relegated to division one of the World Championships next year.

Frans Nielsen,  Jesper Jensen and Nicklas Hardt all scored for the home nations in a 3-1 victory over South Korea.

It followed a 3-0 win over Norway yesterday.

Latvia kept their slim hopes of reaching the quarter-finals alive with a 3-1 victory over Germany elsewhere at the Jyske Bank Boxen in Herning.

Three more days of group stage action are due to take place before the knock-out stages begin.