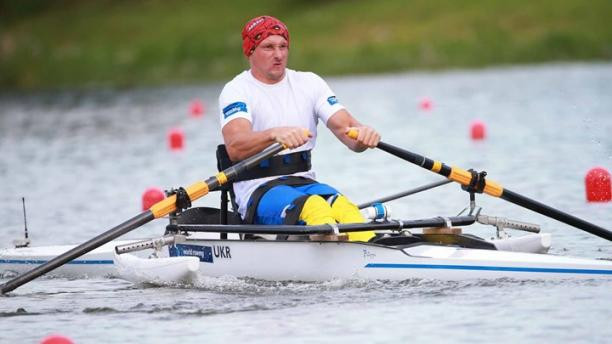 Ukrainian Paralympic champion Roman Polianskyi kept up his form from qualification to claim gold in the PR1 men's single schulls competition on day two of the Para Rowing International Regatta in Gavirate in Italy.

Polianskyi recorded a time of 9min 55.07sec to claim the gold medal ahead of Great Britain's Andrew Houghton and Fabrizio Caselli of host nation Italy, who recorded times of 10:00:05 and 10:24:07 to finish second and third respectively.

In the women's PR1 single sculls, Germany's Sylvia Pille-Steppat, who was the fastest qualifier yesterday, finished top of the podium with a time of 11:40:01.

She was 20.04 seconds ahead of Italy's Anila Hoxha in second.

Ukraine's Anna Sheremet rounded off the podium with a time of 12:26:08.

The hosts experienced success in the PR3 mixed double sculls thanks to an excellent performance by Luca Agoletto and Lucilla Aglioti, who recorded a time of 8:06:7 to finish top of the podium.

This was 13.94 seconds quicker than Ukrainian duo Maksym Zhuk and Anzhela Havrysiuk, who finished second.

The event will continue tomorrow.