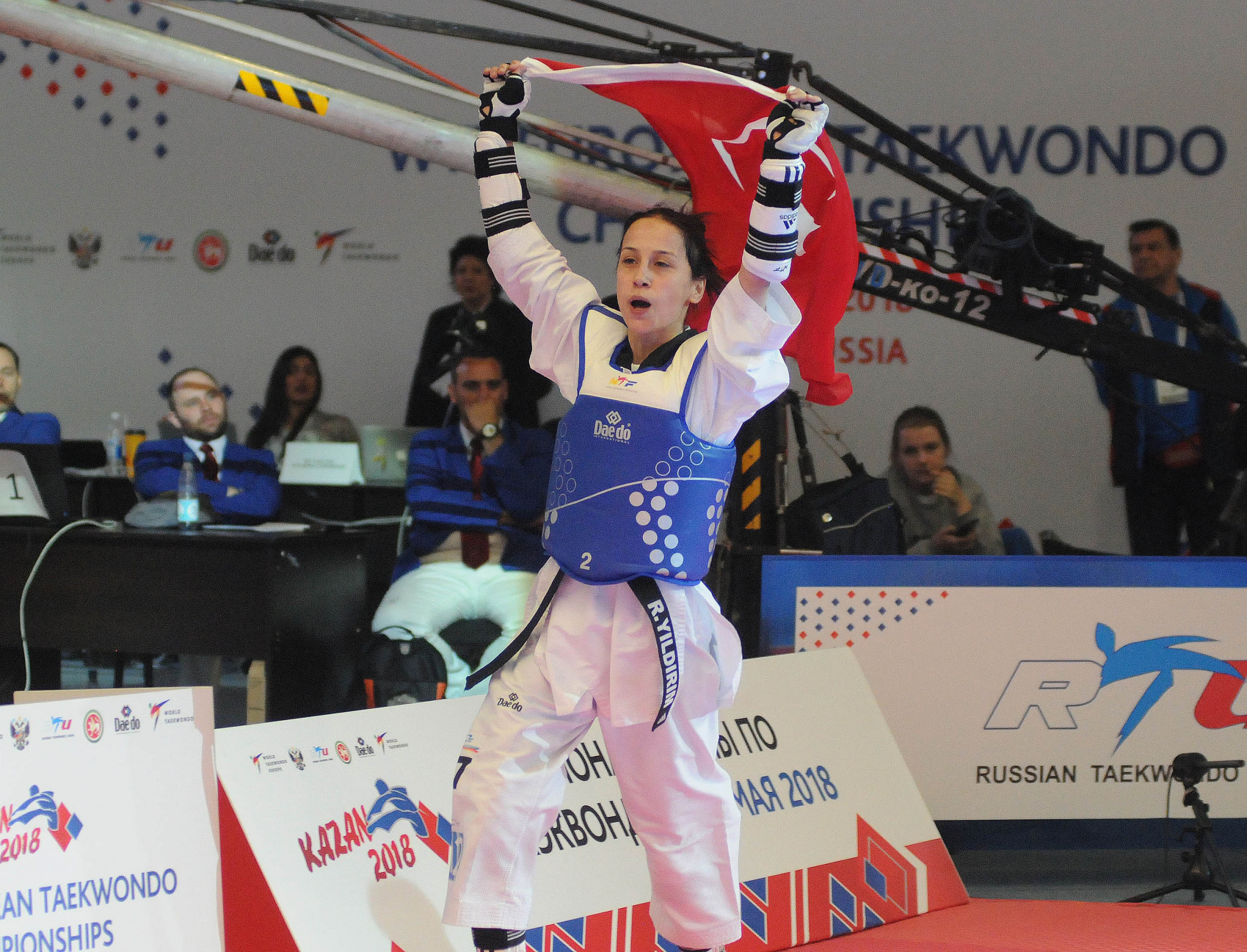 Turkey’s Rukiye Yildirim beat reigning champion Iryna Romoldanova of Ukraine on her way to claiming the women’s under-46 kilograms gold medal on the opening day of the European Taekwondo Championships at the Ak Bars sports hall in Kazan.

The world number eight, a bronze medallist in 2016, defeated Romoldanova to set up a final with The Netherlands' Dina Pouryounes, who she overcame 28-10

Romoldanova was one of the two bronze medallists along with Great Britain’s Jordyn Smith, who was making her senior debut at the European Championships.

Smith’s impressive display comes on the back of her winning under-44kg gold at last month’s World Junior Championships in Hammamet in Tunisia.

Abakarova had to settle for third place with France’s Yasmina Aziez, the other beaten semi-finalist.

World number four Tortosa Cabrera, the under 54kg silver medallist in 2016, was the highest-ranked athlete of all the contestants in the category.

He was joined on the third step of the podium by Moldova’s Stepan Dimitrov.

The bronze medallists were Italy’s Vito Dell'Aquila, a 2017 world bronze medallist, and Turkey’s Deniz Dagdelen after they lost to Vicente and Gagiev in their respective semi-finals.

Action in Kazan is due to continue tomorrow when medals will be awarded in the men’s under-63kg and under-68kg categories, and the women’s under-53kg and under-57kg divisions.