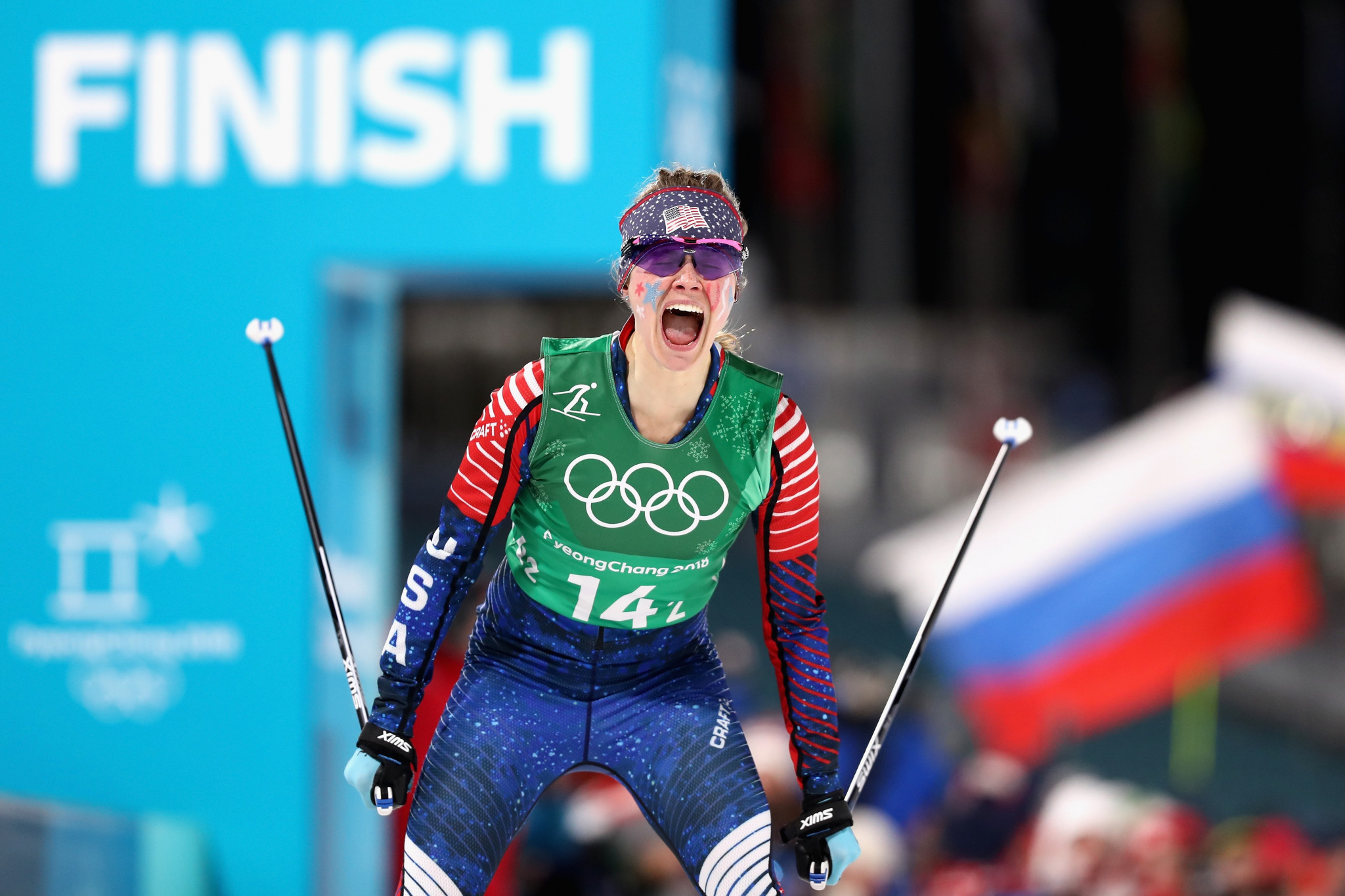 Diggins also had a spectacular World Cup season with eight podiums, including wins in Seefeld in Austria and Falun in Sweden.

The Beck International Award is handed out each season to a USS athlete to recognise performance in international competition.

"It is an honour to be receiving the Beck International Award, and I’m extremely grateful to the team that created so many extraordinary racing opportunities this season," Diggins said.

"Our coaches and staff have worked tirelessly, putting the rest of their lives on hold to travel the world with us and help us achieve athletic excellence.

"Our team-mates have put in thousands of hours of training to push the level of skiing in this country forward.

"This season wouldn’t have happened without such amazing support."

Diggins was also named Cross Country Athlete of the Year, while Randall received the Buddy Werner Award and Team Athlete Giving Back Award.

Among the other award winners was Mikaela Shiffrin, David Wise and Jamie Anderson, claiming the Athlete of the Year prizes in the Alpine, freeskiing and snowboarding categories respectively.

At Pyeongchang 2018,  Shiffrin won the women's giant slalom event and finished second in the combined competition, while there successful Olympic title defences for Wise in the men's halfpipe and Anderson in the women's slopestyle.

Tyler Walker, silver medallist in the men's slalom and giant slalom sitting events at the Pyeongchang 2018 Paralympics, was given the Adaptive Athlete of the Year award.

The five-day Congress featured meetings of the various sport committees and sub-committees, as well as the Board of Directors.

Participants looked back on what was considered a highly successful season and dealt with topics including athlete safety and transparency.

In all, the USSA recognised more than 50 athletes, coaches, clubs and leaders who have supported skiing and snowboarding at the annual chairman’s awards dinner.