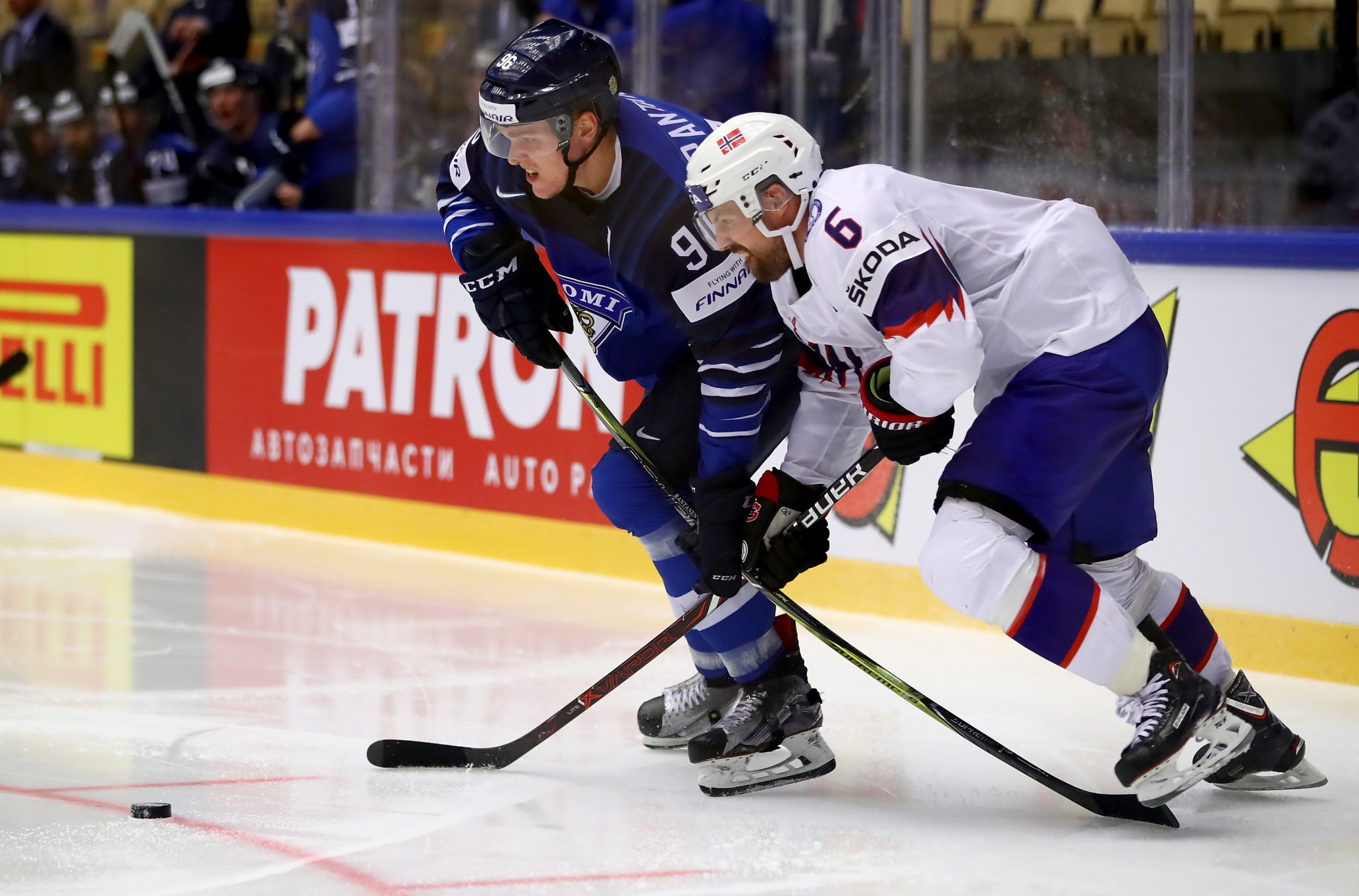 Finland recorded a comfortable 7-0 victory over Norway to move to the top of Group B at the International Ice Hockey Federation World Championship in Denmark.

The Finnish team were in dominant form as they racked up an easy win at the Jyske Bank Boxen in Herning.

They have now scored 23 goals, the highest among all 16 teams competing at the tournament.

Finland, silver medallists at the 2016 World Championship in Russia, have won all three of their matches so far and lead the way in the group ahead of the United States and Canada.

Elsewhere in Group B, Latvia boosted their chances of reaching the quarter-finals with a comfortable 5-0 triumph against South Korea.

In Group A, the Czech Republic overcome Switzerland 5-4 after game winning shots at the Royal Arena in Copenhagen.

Slovakia bounced back from their opening two losses with a 4-2 win against Austria in the other match to take place today.

The Czech Republic and Slovakia are both locked on four points in a battle for the fourth and final available berth from the group in the quarter-finals.

It was also confirmed today that Belarusian coach Dave Lewis has resigned midway through the tournament following their poor start.

Belarus have lost all three of their games so far and Lewis has decided to step down, with Sergei Pushkov serving as interim coach for the remainder of the event.