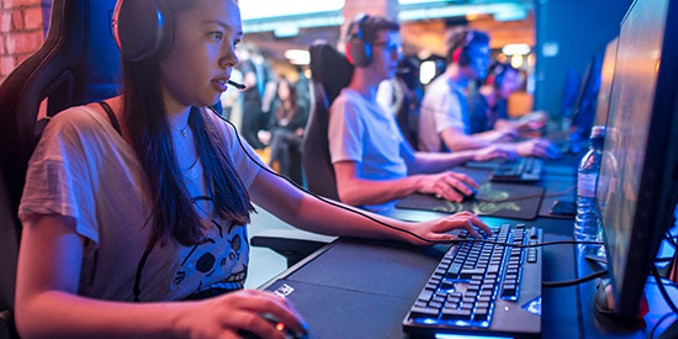 National Student Esports (NSE) has become the first official university esports body in Britain after an unveiling at the Red Bull Gaming Sphere in London.

NSE, which was created by Benchmark, aims to support the development of the university esports landscape and is supported by British Universities and Colleges Sport (BUCS).

During the announcement, it was revealed that the official University Esports Championships will begin in October this year.

BUCS chief executive Vince Mayne said: "The passion and commitment of the university esports community is outstanding and we believe it deserves further recognition and support.

"Our experience stems from university sport and we are aware that esports does not need to be defined in this way.

"This is why we've partnered with experts in their field and why NSE will exist as a separate entity.

"It's important that the community is listened to and that we provide a platform to unite and support students around the UK like never before."

Executive director of NSE, Jonathan Tilbury, added: "Esports is already one of the largest competitive activities on campus but largely goes under the radar.

"Most major universities have an active society and participation in university competitions eclipses all other national esports competitions.

"Over the next few months we'll be working with societies to make sure NSE is shaped according to their needs.

"Through the support from BUCS and Benchmark, we'll be able to ensure these needs are met."

Esports hopes to eventually be included on the Olympic programme but their ambitions are controversial with many claiming the activity is not a sport at all, while arguing it sends the wrong message with regards to health and fitness.

A potential barrier to Olympic acceptance could be the use of violent video games with International Olympic Committee (IOC) President Thomas Bach saying that they need to "draw a clear line" on accepting anything "which is about violence, explosions and killing".

The IOC recognised esports as a sports activity last November and it is due to be included as a demonstration sport at the Asian Games in Indonesian cities Jakarta and Palembang in September.

It will debut as a medal sport at the 2022 Asian Games in Hangzhou in China.