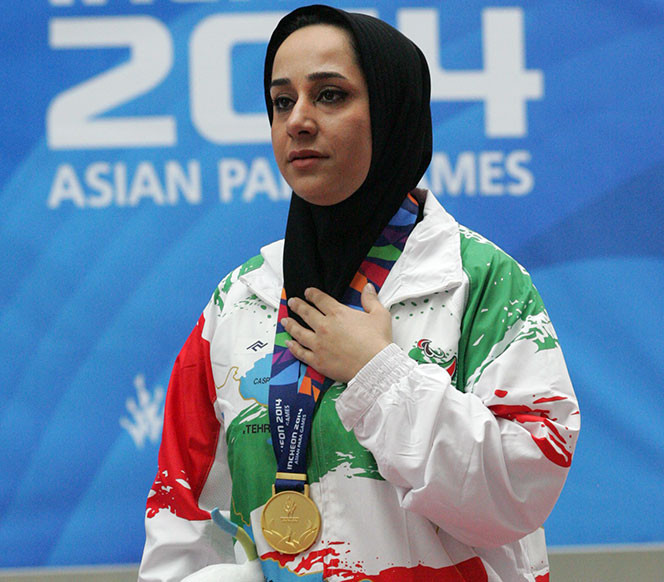 The 33-year-old shot for a total of 237.6 points in the final at the Cheongju Shooting Range in South Korea.

This was just about enough to see off competition from Ukraine's Iryna Liakhu, who was just 0.2 points behind.

"In the last shot series, it was so stressful," Javanmardi, a double gold medal winner at Rio 2016, said after her win.

"But I was sure that I would be the gold medallist.

"And I think in these situations it is the god that helps the people and me.

"Of course this is not the first time that I have had such a great and very pleasant feeling."

Today's other competition saw China's Chao Yang come out on top in the P1 10m air pistol men SH1 event, thanks to a score of 237.2.

Following his win, Yang said: "Actually, I haven't competed for a long time, because I was sick, so I was very excited to participate in this competition.

"Day before yesterday, I didn't do well in P3, but I'm happy to win a gold medal in this event on which I am strong."

Uzbekistan's Server Ibragimov had to settle for silver with a score of 236.8 whilst Yang's teammate Xing Huang finished third on 215.0.