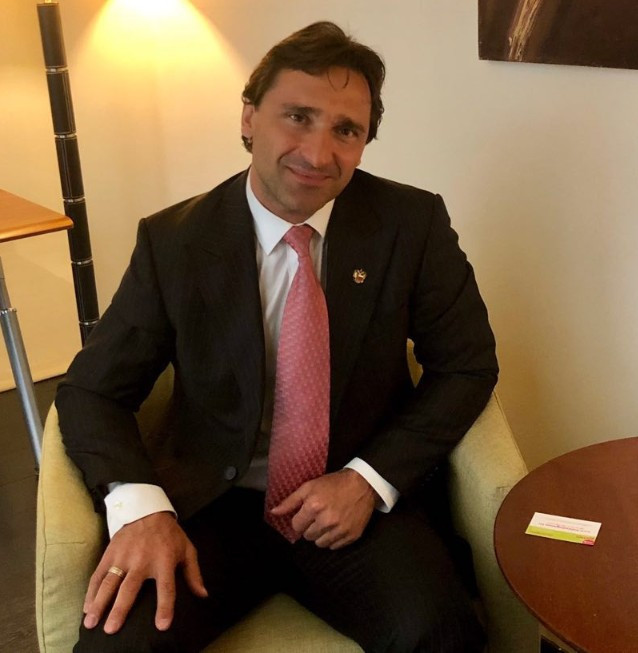 Russian Weightlifting Federation President Maxim Agapitov has vowed that he will do everything possible to try to ensure his country eradicate the doping problem in the sport in his nation.

Agapitov has been a leading figure in arranging an International Anti-Doping Seminar here, organised in cooperation with the International Weightlifting Federation, and seen as a key event in helping Russia's rehabilitation back into top-level competition when their year suspension from the sport ends in October.

Russia is among countries with at least three doping offences from Beijing 2008 and London 2012 who were suspended.

Russia had 10 positives in the Olympic retests, equal highest with Kazakhstan.

"We are trying to teach our athletes to win the correct way, the legal way," Agapitov, winner of the gold medal in the 91 kilograms category at the 1997 World Championships, told insidethegames here.

"The resources of the Russian Weightlifting Federation is limited but we are doing the best we can.

"We have to understand what went wrong, to cure the problem."

Agapitov said: "We are saying, 'No more!'

"I can honestly say we are using all the resources we have to cure this problem - not 95 per cent, not 99 per cent but 100 per cent.

"I want everything to be clean, open and transparent."

The one thing that upsets Agapitov is he believes that Russia have been punished multiple times for the same offence.

The year's suspension also follows Russia being banned from the 2016 Olympic Games in Rio de Janeiro.

"The punishment is both just and unjust," Agapitov said.

"Countries who have frequent doping violations should be punished.

"I think 2016 would have been a fairer starting point."