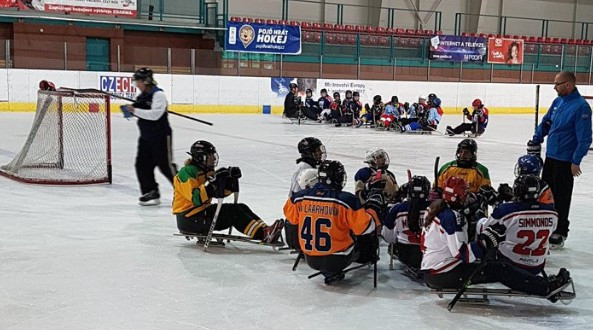 Canada and the United States will contest the second edition of the Women’s Para Ice Hockey Cup in Ostrava tomorrow.

These two teams and Team Europe played each other twice over the past three days for a place in the final at the RT Torax Arena in the Czech Republic city.

The United States, who took gold in the first edition of this event in Brampton in Canada four years ago after beating the host nation 5-1, confirmed their progress with the first elite match of the day, beating Team Europe 5-0.

Canada made certain of joining them with a 9-0 win in the final group match against Team Europe.

The matches began on Wednesday (May 2) with the United States earning a tense 4-3 win over Canada, who went on to beat Team Europe 13-0.

Yesterday, Canada restored their fortunes with a 1-0 win over the United States, who had earlier beaten Team Europe 7-0. .

The elite competition is being held in parallel with the Women’s World Development Cup involving participants from more than 10 countries compete.

The Women’s World Development Cup has the support of the Agitos Foundation, the development arm of the International Paralympic Committee, through the Grant Support Programme.

The aim of the event is to identify and form new athletes and take the sport to new regions.